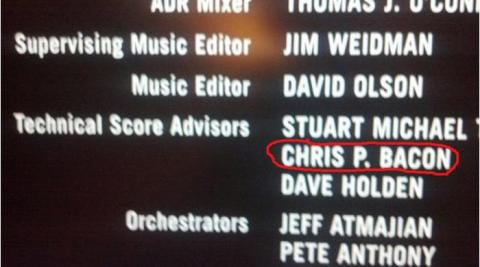 Silence
The screen goes black and the credits roll
As music begins to slowly build up
This can’t be it
This can’t be how it ends
I stare at the screen hoping for another scene to come
But it doesn’t
I can only sit there in silence wondering whatever happened to the girl
The girl that I spent over an hour coming to know
The people around me begin to leave from their seats
Gathering their children, popcorn, and drinks
Pulling their pants up, adjusting their sleeves
And all I can do is sit there and watch the screen
How amazing it must be to have the power
To control the story and know it’s ending
Not the ending that we see in the movie
But the ending that the writer sees in their mind
Because only they can know it
Only they can see what happens next
I finally decide to get out of my seat
Still looking at the names as they slowly crawl up the screen
Those people
All those people
Helped bring life to a mountain of words
Words that would’ve been nothing had no one heard
And as I begin to walk out, I feel a tug at my chest
What would have it been like to have made this film?
To have produced, directed
And better yet, written
And I feel my heart yearning for a spot
A spot for my name in those rolling credits
To see my name boldly beside the word “Writer”
Writer
It sounds so good
To write out the stories that play over in my mind
To share my feelings through the form of a film
To hear them and watch them on a towering screen
It would be nice
It would make me happy
And I realize, that this is what I’ve always wanted
To write, create
To make the tears run down or the heart pump fast
There’s nothing better than that
This is my dream now
To become a writer and make a film
A film that I can claim as my own
A film that represents everything that I hold
My own story displayed on a screen
For the eyes of everyone else to see
And as I walk to the door, with the music playing behind me
I think to myself
One day you'll make a story that everyone will come to see
One day there will be someone wondering what ever happened next
But for today, you can only dream
You can only imagine the possibilites
But tomorrow you shall work
Until your dreams are dreams no more
Poetry Slam:
One Job...May Change My Life Scholarship Slam - CLOSED

This is just a great poem. Thanks so much for sharing it with us!

This is breathtaking. I love the way you describe how you wanted to see your name on the credits and how it is in all.