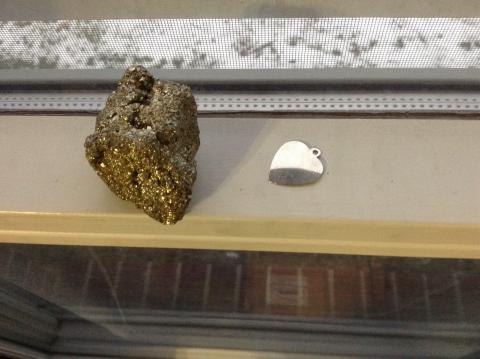 I stumbled on the mother lode

But someone else had claimed that road—

The road to El Dorado.

I was tired of falling for fool’s gold and flakes

And those other mistakes

That never panned out well.

Every boomtown that I’d ever known

Where memories dragged on, alone—

But I found El Dorado.

So I stopped digging dirt and went mining the skies—

But someone else knew El Dorado.

And she’s his darling Clementine

I know her treasure can’t be mine

The queen of El Dorado.

No, she will not throw down the box

Or leave her jewel for paltry rocks.

I’m left in the mine dump; best hope is a claim jump.

But I would never steal him away.

Yet I can’t settle for tailings

Or swallow my failings.

I’m leaving this land with the dream of smooth sailing,