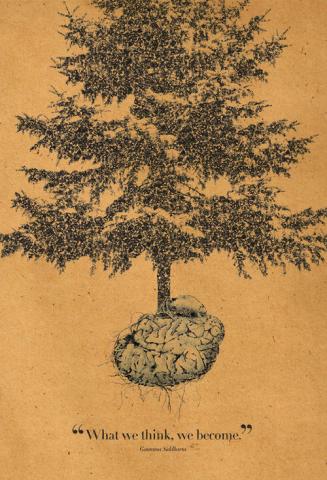 The city everyone wants to leave.
I guess it’s part of growing up: Forgetting.

Maybe one day I’ll forget my high school on Baseline Avenue.
The library President Eisenhower left the rare 49-starred flag displayed at.
The high school where my closest friends became my family.
The high school I grew attached to. The high school I lost myself at.
The high school where I also found my way.
The psychology class that made me believe.
Where I laid on the grass at midnight with my best friend escaping the eyes of security carts,
Watched five-dollar movies at the infamous regency theatre “ghettoplex” that is finally closing down along with fond memories,
where I jumped the fence to take a swim in our pool during choir practice breaks,
where I debated on killing myself or just quitting everything I worked so hard for,
where I decided not to kill myself with neither drugs or a blade,
where I chose a path to intelligence instead of ignorance.
The high school I grew fond of:
the show choir that taught me confidence,
the clubs that showed me how to care for others,
the teachers that guided my way.
The school where love drowned the cynic in me;
Where I fell in and out of like, until I found my one true love.
The high school that was my own Breakfast Club.

Maybe I’ll forget my childhood 2-bedroom apartment.
The one that was repainted and gated last year into a community center.
Where I witnessed my mother being bashed by the fist of my father.
Where the door was egged. Where threat phone calls were made.
Where police sirens became my lullaby. Where I lost my childhood at.
Where helicopters yelled to “shut your doors and windows!”
Where I learned to ride a two-wheeler even after grinding my bloody face when I fell on the sidewalk curb, and that alcohol is poisonous crutch.
Where I promised myself that my children would never wear a pair of shoes two sizes too big ,
or only eat the food from church handouts.
The place I realized we were a charity case.
The place I abandoned all innocence.

Maybe I’ll forget the park and middle school named like a flying disk.
The places where I became promiscuous. Where I had my first kiss.
Where I memorized the scent of weed, I’d runaway to, and fall asleep.
Where we had water-balloon fights and suffered through the acne phase.
The tunnels we’d all walk through at night, the swings we’d fly on.
Where I started to tear through my skin; erasing insecurities with scars.
Where we cried because we were all moving on to different high schools.
The place where I desperately sought something or someone to cling to.