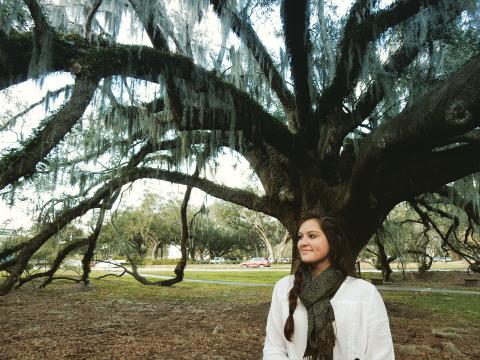 I prefer to avoid poetry.

Turning my brain into words and my heart into ink is too intimate to share with others,

I could write all day about the room around me crumbling into an iridescent and soupy mess,

But when it comes to poetry, it feels too real.

And I have never been very good at sharing.

I am not a poet, I just write things,

Besides, poems have too many rules.

Titling my whirlwinds of words as “poems” is too much commitment.

I’m not interested in committing to something I don’t quite understand,

And I’ve never been much of a rule follower.

Therefore, I am not a poet.

Poems are dramatic, and their authors are either adoring lovers or heartbroken individuals,

Melting themselves away from the real world and into the façade that putting their feelings somewhere besides their chest will make it bearable to breathe again.

Well I, my friend, am the queen of stuffing my problems onto shelves in my body.

I am an emotional hoarder, and every inch of my insides are packed full with the thoughts I refuse to release.

Plus, I have always hated drama.

Poetry has to mean something, it has to change both the author and reader; it has to be important.

Poems have to come from a dark past, exemplifying the twisted and misunderstood present of an aching and bleeding heart.

Most of my writing ends up on crumpled paper at the bottom of the trash bin.

Finally free and scribbled in pencil on the notebook in front of me.

I’d rather keep my skull intact.

I cannot be a poet if I can’t even write.

And then, I read Edgar Allen Poe. Annabel Lee.

Poe’s heartbreak in turn broke my heart, and explained to me that poems are meant to be felt,

Rather than simply read.

The beauty of poetry is not the technicality of it,

It is the fact that I can write words that cut me open and break my ribs,

Words that put every thought I’ve ever held within myself onto a piece of paper.

Paper has no rules,

I can express myself just as an artist can turn mental images into reality.

I can transform the firing of my neurotransmitters from an emotion, from a thought

Into something tangible, words that could impact someone.

It’s not the analysis of my work, nor the style that I portray,

But rather the fact that I am putting myself out into the world,

That I am releasing and publicizing my writing and that I don’t need approval from anyone.

That is the beauty of poetry, that it is up to your own interpretation,

It is a blank slate to fill with any emotion or lack thereof.

So I have decided that I don’t need to be a poet,

I just need to write.