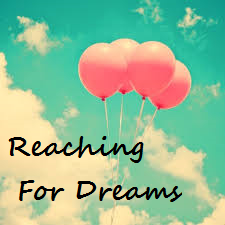 From the moment we're born, we’re told of the power of dreams,

And as we grow, and we change, and we learn,

We’re told to never give up, and to shoot for the stars,

Because our dreams are only that little bit further away.

We’re told that we are already so close that we can taste them on our tongues,

As we grow up and reality sets in,

Seemingly filling the voids left over with disappointment and misery,

And the fact that life is not fair.

And that child that lives in all of our hearts is slowly silenced, beaten down by everyone else around us,

By words of hate and jealousy, and by our childhood teachings becoming lies

And that sweet taste of dreams turns to ash in our mouths,

As society tells us that dreams are only lies meant for children,

Disguised at bedtimes, like a monster underneath the bed

And so many of us fall, giving up on the child inside

But for some of us, those dreams are all we had,

And we clung to them, on lonely nights

And as we were told again and again that dreams are only for children,

We only clung tighter.

We worked harder and harder,

Harder anyone before us ever did.

And at the end of our struggles,

With the taste of victory filling our entire beings

We realized, that when we were taught that dreams don’t always come true,

Somebody forgot to tell us that in some cases,