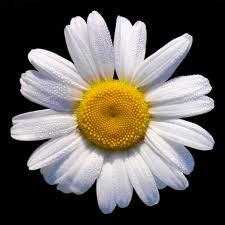 The day I was born I was given a daisy.

When they gave it to me they told me:

This is no ordinary daisy,

As long as it’s with you,

Everyone will believe you to be innocent before guilty,

And you will be trusted.

Its gentle aroma danced around me,

Its petals glistened and I succumbed to its grace.

I kept the flower with me,

Their promises were fulfilled,

And I knew I was lucky.

One day I noticed my friend Barbara did not have a daisy.

I asked her why and she showed me,

In her hand, an iris.

Does your iris have magic in it?

She kindly shook her head to me.

It was not to be so.

And so I came to know her as the iris girl.

Maria also did not have a daisy,

They gave her a petunia.

And I came to know her as the petunia girl.

After a while I knew many others,

But none of the other flowers were special.

I asked why and the response was always the same,

Long ago it was decided, it was not to be so.

Every now and then, I smell my daisy.

The sweetness is gone and the petals are tainted.

I wish everyone’s flowers were extraordinary too.

They wouldn’t take the flower back and I began to grow sick.

Because every pale breath I drew,

And every faint step I took,

I hated my daisy a little bit more.

But the magic is not mine to get rid of.

I want to stomp the pristine petals into the ground.

He told me a secret too,

They didn’t make ours magic because,

They thought theirs wouldn’t be if ours were,

And even though his flower held no promise of truth,

These days I carry my flower in my pocket,

But that’s because we’ve been out in the field,

Were planting our own flowers and all of them are special.

You are honest or smart or good,

But it’s okay that way,

Poetry Slam:
You Only Write Once Scholarship Slam - CLOSED
Guide that inspired this poem:
5 Tips for Writing a Haiku