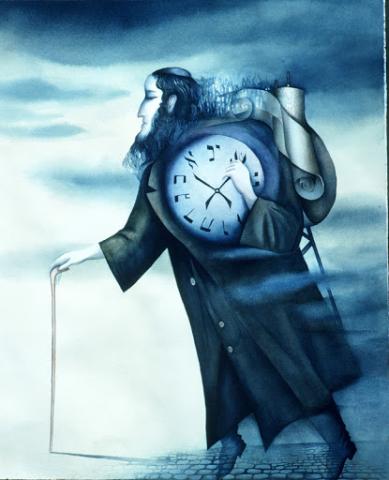 Once upon a time not so very long ago

While maintaining minds that were opposed to prose.

In all their writings they embellished upon

Those with lives that look down and muse

While those with less were all but left alone.

In the company of this great upper class

They discovered that their examples accrued

As they related life and all the struggles it has.

When relaying stories with all this grandeur

The descriptive presence of these pieces includes.

The rhyme scheme itself has traditional sets

And the style is seen as the standard and common

Because of the pivotal change it ensued.

In one century it turned the world of art outside in.

However, it all began to come to a complete switch

As a great war forced Romanticism to choose

The gritty parts of life with which to hitch.

During the late 1800’s many changes began to come to pass.

These changes were composed of advancements in science

as well as America’s Civil War which brought harsh realities in mass.

And images were unavoidable and imprinted on the brains lens.

With the war bringing more pain and technology spreading it faster,

It became impossible to hide from its effects or think outside of yourself.

As the day to day and the personal became the adventure,

Unrealistic and distant was the romanticism that came before.

Rather than the elevated, the focus was on what the people felt.

And the stories focused on the menial yuck of the day rather than glory.

The mood looked on the struggle and the journey life gives

Rather than the success or possibilities not yet bridged,

Which means this Realism gives a more pessimistic story.

Without the glitz or the glamour, it just sees the emotion of the moment.

As each person perceives the world from a different viewpoint,

So multiple variations of this genre came and went.

These were psychological, I think, and naturalism joint.

Psychological realism was more abstract than the others

Instead of what was tangible in the physical world,

It thought about what was tangible in the mental covers.

Though some may consider thoughts unreliable and wonders,

Everywhere you go thought’s hands are wrapped and curled.

Therefore, what we face in our heads,

Effects where we face in our lives,

And to talk about thoughts is to speak of life as it threads.

For thoughts intertwine our day from awake to our beds.

This genre speaks of all our real internal cries.

As some people viewed the physical things of life to be grasped,

Worthy of being discussed, written, spoken, and sang.

You are who you are cause environment wrote your name.

You act how you act cause of acts from the past.

And every action taken, will have an equal returned.

Just as a storm rolls down when it pours

So will he who has been rained upon, attack life with a storm.

Yet when something gets in the way, the tree will turn

As it finds a new way to live, though now with a different life.

Strangely shaped it may be but through it all undeterred

It will press on with a twist, whether hard or softly firred.

So when difficulties affect people, we will adapt to strife.

These two different types of Realism only specified

While the overarching theme continued to remain true.

Thus, right now was spoken of as all else could be lies.

Though real life was crazy, words always came through.

Not only that, but that is one fact of the way in which this works.

For Modernism cannot be defined by so few words just like calling a Savior just another boy.

Modernism changed the world through its ploys as it watched through a kaleidoscope.

Since reality could not be escaped, it was time to bring a new view for the eyes.

Time to break away from the assumptions that trapped, and push predictions to the past.

Whether less words or more, the point is to surprise.

By doing this it gives a spark that gives new light to the heart of the hearers.

To describe things in a new way is to bring a change.

And my! How the world needed some change.

A trip back to the future of the simpler.

In the past, there was too much complications that clouded the freedom.

Why limit when you can let loose?

So the reigns were loosed and unruly rulers were shortened as we rode free.

To break from the chains of doing things right to making things simple insight and practical in newness of life.

This meant the poetry abandoned both word choices and rhyme scheme of the archaic.

As this form of freedom painted a mosaic that had a different gleam every time you looked at it.

So let’s tell things how it is in a way you think it isn't.

This is Modernism. And it changed the world we live in.

Well that was a failure.

On the many sides of life

By looking through a kaleidoscope

When we could look through two.

Or combine them both

And learn from all.

Has something to offer.

To hear the cry

Is to be well rounded

And what is wrong

And left that side.

To those who are

And proclaim their name.

Until all are speechless.

Then we can decide

My project explores the changing of poetic style from Romanticism to Postmodernism and the overall ideology behind these movements. As I learned in class throughout this semester, I was fascinated by how people's reactions to major events shaped how they viewed the world. This was expressed in all types of art forms, but poetry has always been an artistic mode I appreciate. In the past, I have written my own poetry, but it normally consists of simple line to line rhyme schemes and was very repetitive in nature. For this project I decided to stretch my boundaries and comfort zone by writing varying types of poetry I have never tried before. As I wrote of the differing eras in poetry, I strove to change my poetic style to match the style of that time. I based this off the poetic readings assigned in class and some poems I read outside of class in order to get a more well-rounded knowledge.

Part 1 is about Romanticism which lasted for almost 100 years and was a precursor and opposite of Realism, which came after the Civil War. To research this time, I read excerpts from poems like “The Tyger” by William Blake and “Daffodils” by William Wordsworth. In this section I tried to use more showy language and higher-class word choices to give it the aura of traditional poetry. My rhyme scheme is tercet and has a rhyming pattern of a b a with the first and third line changing rhymes every stanza and the second line keeping the same rhyme throughout the section.

In part 2 I spoke of the birth and growth of Realism and why it came to fruition. In this one I tried to use much simpler language to mirror the common place people that Realism focused on more than the upper class. I also tried to make it a more matter of fact tone and slightly dry to give the feeling of just telling it as it is like Realists try to do. Poems like “The Road Not Taken” by Robert Frost are where I got inspiration for my rhyme scheme. It is a Quintain thus there are five lines to each stanza, though this is harder to see because I put a space between each line, and the rhyme pattern is a b a a b. These rhymes also change with every stanza. I also speak of the more dominant subtypes of Realism such as Psychological Realism and Naturalism. During the Psychological Realism portion, I tried to express as much thinking language as possible in order to exemplify the style of Psychological Realism. I strove to do a similar feat in the Naturalism section as I used examples of nature to express how Naturalists view our environment in connection with our lives.

Part 3 is about Modernism and why it came to be a genre. I start it off with two lines mirroring Imagism like that of “The Red Wheelbarrow” by William Carlos Williams, which is a type of Modernism. After that glimpse at Imagism, I continued describing Modernism with a heavy influence from Allen Ginsberg's “Howl” in formatting. I tried to avoid rhyming in traditional fashion, though I did through a few rhymes around in the middle of certain stanzas. Each line is a full sentence and ends in a period and, while I tried to maintain consistent flow throughout, I strove to make this poem as unpredictable as possible in order to represent the cry of Modernism to look at things differently.

In Part 4 I ended my poem by speaking about Postmodernism and its creation. In this section I spoke a lot about the ideology behind its thoughts. Much of my information on this came from Jacques Derrida’s Philosophy as shown in the YouTube video provided in the PowerPoint. My poem is heavily influenced in form and style by bell hooks “Appalachian Elegy”. There is no consistent rhyme scheme, but I did rhyme much more in this one than in my Modernist poem. It has shorter lines in which I tried to emphasize my thoughts even more precisely. This was also much more brought in subject as I tried to show the consideration of all sides of an conversation as seen in Postmodernism. At the end of the poem I also spoke of those who have been subjected to injustice in the past since much of Postmodernism is giving voice to those who do not often have one.

Overall, I strove to allow my poem to be a mirror for all the poetic genres from just before the Civil War until the present day as I briefly described them in the body of the text. This poem gives a broad overview of much of what I learned in this class. Throughout this final project I grew in a better understanding of the ins and outs of these styles, stretched my comfort zone, and have increased my appreciation for the skill these different styles require.