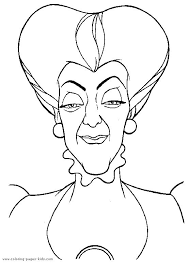 We shall see how well you know Hansel and Gretel

There lived a family of four inside

a cottage that was old and rectified

And when there was scarcity in their land,

Parents planned kids murder with their own hands.

Their daughter, senior to brother by one year,

hatched a plan amidst her own brother's fear

and when her parents had fallen asleep,

she gathered some stones, all up in a heap.

The next morning the parents took the kids

into the forest so they could chop wood

though dear daughter, not known by her parents,

She whispered to brother, “I know their bad plan.

They’re going to leave us in the woods to die.

But don’t worry,” she quickly comforted.

“We’ll soon be home; Father will sort this out.”

Parents stopped; they seemed so sure of themselves.

They gave their kids food, fire, and a message,

“We will come back for you when we are done.”

Kids waited ‘til night when the moon was bright;

They used their own stones to guide their way home.

Once they got there, they felt as light as foam.

Stepmom saw her kids asleep in their beds.

She hatched a plan so bad, cruel, and evil.

She said, “I’ll suck them dry, like a weevil!”She grabbed her sharp knife and slunk through the night

to the kids, whom she stabbed at with her might.

Brother awoke and with a swift deft kick

Knocked out dear mother who fell like a brick.

Father slowly came in, sat down, and said,

is finally gone.” And all said, “Yippee!”