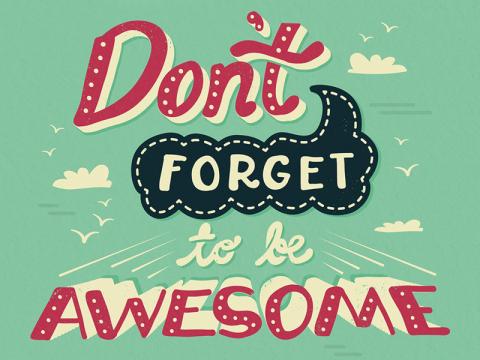 Grammar snobs all over the world love to bitch and moan about the perversion of the english language and specifically the world "awesome." Generally these people are wrinkled up to their receeding hairlines, they shout into the void of online criticism as they squit through their biofocals. As if they have any right to dictate what my language means to my generation?

The difference between awesome now and awesome then is that new lips are communicating with it.

Words have no real meaning other than the one the listener attaches to it, just sounds in the void until they enter a human ear.

These are the ears of my youth, the ears that can still listen to things and not get caught up in the way things used to or should be.

Language changes with it's audience and culture, and that's pretty awesome in itself.

So dear Oxford English Dictionary, thefreedictionary.com, and awesome-haters all over the globe,

I'd like to propose a new defenition of the word awesome.

Because after all, it's unreasonable to expect the average person to experience true, unquestionable awe everyday, but it's such a vastly appropriate word for the wonder that is our human lives on planet earth.

The fact that we even exist to appreciate the simpliest, most unawesome things is awesome.

By default, anything can be remarkably awesome simply if one takes the time to appreaciate what brought them there to see it,

and to me, thats pretty awesome.