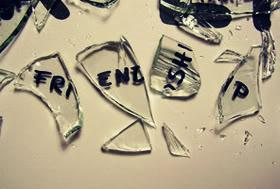 I heard that people change for the better, but morphing into a creature that is a shallow shell of who they used to be?

Some people change for the better but what if they did not need changing? They only change because of what other people would think of them or wanted their acceptance. What if that person was your friend? You have known them for a long time and have grown accustomed to who they truly are inside. Then you see them starting to change. They stop talking to you so they can surround themselves around people who could care less about them. They will not talk to you in public but when you are alone you can see a bit of their old self. Still, you are left wondering 'Am i your pawn?"

You start to think back to how they used to be, and how they were around true friends. They have pushed you out of their new inner circle and have  forgotten about you; but what they do not realize is that in doing so they have forgotten a piece of themselves.

You can see it happening, the person of who they once were, shedding off like a new skin on a snake; leaving behind a stranger. You wish them well but still hold on to a shred of hope that they will revert back to who they once were; you know it is wishful thinking.

As they try and forget you and their old friends, they forget that you know their every hope, every desire, every weakness, and every fear. But, you will not tell because you stay true to the friendship that you once shared.

Sometimes you think you see a bit of who they once were but it vanishes when their new "friends" come into view. You are left with the masked figure.

I heard that people change for the better; but is it better for them when they change into a shallow shell of who they once were?

Guide that inspired this poem:
5 Tips for Writing a Poem About Friends/Family