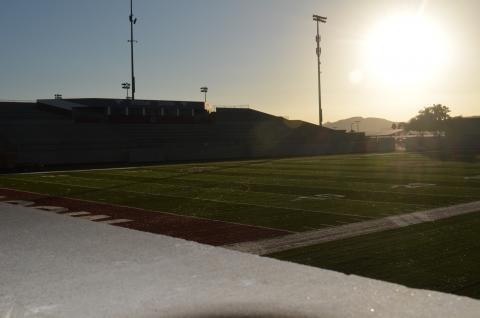 Once upon a time, things used to be different,

imagination had a natural sparkle.

Not one projected on a shiny screen,

pushing us in a direction far beyond reality,

not into the hands of corporations.

Corporations who control the mass media,

into the eyes of the young.

Sadly succumbing to the supposed beauty portrayed in social media

Unrealistic,numbing, and painful expectation forcefully swarming their eyes and ears

Implanting an unobtainable portrait of what it is to be “beautiful”.

Once upon a time, things used to be different

Appearance wasn’t based on a size zero waist and

The overwhelming expectations of Barbie and Ken bodies were foreign.

But through the power of trends and tags,

Easily influenced adolescents are no longer focused on their studies.

Instead, they became entirely consumed by the impression made in one picture.

What filter should I use?

Should I use tags?

How should I caption this?

Dangerously focused on the number displayed on a scale.

Completely convinced that if they could just reach this one number life would be different.

A number that not only began to defines their worth from first glance,

But subsequently results in intoxicating glares of disgust or blistering gazes of envy.

But what happens to those who don’t fall into this trap?

They end up unfriended,

And ultimately left to feel as if they are nothing.

Many of whom you'll find awake.

Awake when their parents are sound asleep,

Awake when silence sweeps over the house,

And awake when dominating poisonous judgements flood their mind.

All of which is hidden by morning of course.

Because god forbid someone knew,

God forbid someone knew of the fractures and scars that covered their mind and soul.

Wounds which resulted in who they've become

Because authentic personalities are irrelevant.

Full of what was portrayed to be the “ great American dream”.

Changeless expectations with no considerations for individual differences,

“Natural” remedies that drop pounds while you sleep,

and  dieting plans which are nothing short of starvation.

Once upon a time, things used to be different,

Where College wasn't a mandatory achievement,

And where the hottest careers didn't all end with the same word:

Through this Mortgages and debts have quickly become a norm,

chained to the ankles of those within the general population

Binding citizens to their government through loans,

Loans that are required in order to follow the path laid out by public education.

But no one sees the trenches behind the mortgages, loans, and debts.

Instead they see the success posted by those choosing the path of borrowed money.

With a smile going ear to ear as they take a picture in their cap and gown.

Scholars more than eager to accept their diploma showing that they've made it!

They suffered up to a decade of continued education,

And now they're finally here!

All eyes on them as their name is announced over the massive speakers.

The next day feeling unstoppable!

Confidence going through the roof, with a new status and a promised raise.

Only to realize their big raise is only the difference of 60 dollars a day.

A decade of hard work.

120 months of lost time with their family.

For the difference of only 60 dollars a day and a new title.

Returning to the same conclusion,

For not only Children but also adults.

Because both are struggling.

Struggling to achieve one main concept.

All through one universal code:

But how many will it take?

When will someone finally say enough is enough?

will never be found in the number of clicks received online.

Poetry Slam:
Once Upon a Poem Scholarship Slam - CLOSED
This poem is about:
Me
My family
My community
My country
Our world
Poetry Terms Demonstrated:
Alliteration