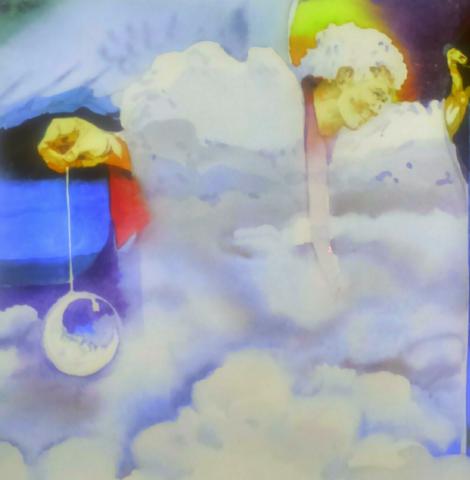 The gray bearded wizard in its night blue cloak,

two ravens and a wolf are his recognition flock.

He has the ability to shape shift from the dead,

into animals speaking the language of same is said.

In midwinter nights he is leading a furious host called Wotan,

giving his eyes to the underworld to gain mystical vision.

Laying with giantess and guarding the mead of inspiration,

teaching them the runes rock interpretation.

He paradoxical sacrifices himself suspended in a tree,

grasping from its roots transcendent secrets to see.

The seeds of the world tree itself crystallized,

giving those revelation when health is devitalized.

Wondrous feats of magic from the seat of the chanter,

divinations and prophesies by the runes enchanter.

pervading the field of divine consciousness .

The invisible soul of the world and its spirit breath,

the deep azure of infinite space and no death.

divine madness by which magic is the high key.

The hooded lord and animal whisperer of good right,