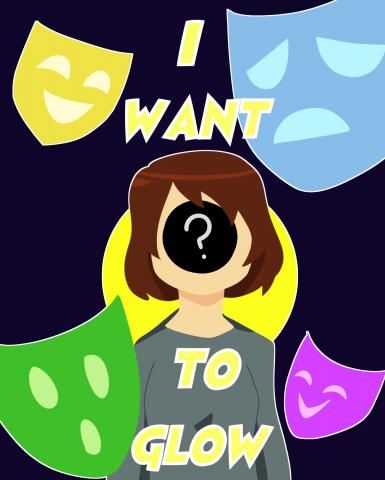 That night is imprinted in my memory, and on my hip, in stark black ink.

Have you ever known a heartache so deep it altered who you were?

A heartache so complete it wove itself into every fiber of your being?

A heartache so thorough it etched itself into your soul, leaked out of your spirit, and wore itself on your face, despite the smile meant to hide it?

Have you ever known a pain that could cripple you instantly?

A pain that spewed forth anger and hurt at loved ones, for things that weren’t their fault?

A pain that laid blame when there was no one to blame but ego?

A pain that blamed people for hurt that you’d carried long before you met them?

A pain that consumed you, held you down, distanced you from the foundation meant to anchor and support you?

Have you ever told yourself, “I’m grown”, simply because your body stands tall and your attitude taller?

Despite the moments of childish impatience when life wasn’t going your way?

Despite the moments of restless defeat even when the finish line was in sight?

Despite the moments of stubborn obstinance for what you need, and relentless chase for what you want, despite knowing the difference, and importance, of each?

All this, this heartache, this blame, this restlessness, this pain, all this was born on December 21, 2000, when the person who breathed life into me and spoke greatness over me, was laid to eternal sleep.

My mother. The prayer warrior. The light of so many lives. The first to love me.

It broke me; and of this brokenness, I grew. Crookedly and in staggering steps, I grew.

I grew into someone with a soft heart, too easily broken.

I grew into someone with a loud mouth, a fire in her eyes, and a broken spirit, too easily moved.

I grew into someone angry, hurt, and forgotten… or so I believed.

And I cried from the depths of my soul.

I heard God remind me that I have purpose in this world, in this life.

I heard God remind me that I am not alone, and I am loved beyond measure and compare.

And most importantly, I heard Him remind me, that the love I seek never left me, I was just looking in the wrong places.

In hearing him, my soul found peace, and my spirit release.

And so I cried.

For the years of pent up rage and sadness.

For the years of love I thought I’d lost.

For the purpose I had no idea I had.

For the woman of strength and intention that was born that night.

For the new heart that was born that night, and of it renewed joy, strength, purpose, and light.

That night I cried on my knees, on my face, to a dark sky dotted with stars that I once thought were my mom looking down over me, protecting me.

And the next morning I awoke, a new woman, an uplifted spirit, and a changed heart.

Have you ever stopped in hell, thinking there was no way out?

Thinking maybe if you ignore it, it will go away?

Thinking maybe if you drag others into it with you, it’ll be less lonely? More bearable?

You must keep going, until the environment no longer chokes you. Until the light is one from above, and not one from the ground at your feet. Until the grass is green again, and the trees are in sight.

You must keep going, because there are people who love you.

People who want to see you make it out the other side.

People who take their lead after you, who look to you for direction.

People who are waiting for you.

That night and every day since, I have felt, and exhibited, the glow of a woman freed.

And to this day, I still glow. Brighter still.

Poetry Slam:
Glow-Up, Grow Up Scholarship Slam — CLOSED
This poem is about:
Me