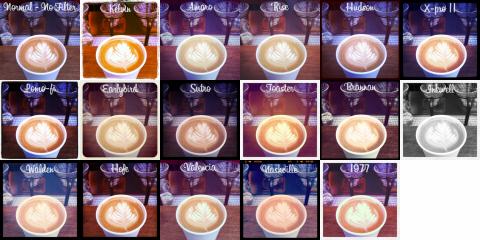 I'll bet some Earlybird got up one day,

But when looking for OJ, he saw only Amaro liqueur.

Dejected and frustrated, he threw a bagel in the Toaster.

But when he pulled the bagel out of the toaster,

It was so burnt, it looked like an Inkwell spilled all over it.

And to add onto that, his recordings of Nashville were deleted by U-Verse!

He wept like a Weeping Willow before driving to work.

And so through the Sutro Tunnel he went,

Daydreaming of Valencia as he drove by

A body of water that reminded him of the Hudson River.

And he remembered fondly of when he read Walden by Thoreau

Over at the Hudson River last summer.

When he finally got to work, ol' Hefe wasn't happy.

He said "Man, you're late again! Don't let this become a habit."

But the worker tuned him out, set his boss to Lo-Fi,

Because across from his cubicle sat the beautiful Sierra.

He thought to himself, "If only she would go on a date with me, I Mayfair."

"I should do something important, something X-Pro II," he thought.

Maybe she would notice him and break up with that creep Brannan.

He decided to make filters for a start-up called Instagram.

"I know how people tick, and I can make it work."

So thus he created a smorgasboard of filters for Instagram,

But he didn't anticipate the rapid increase in popularity.

He didn't realize he would be creating a platform for all