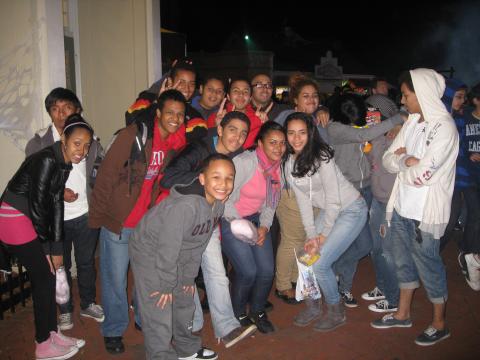 it's easy to be someone's friend when you have money
it's easy to be cool with someone when you are a star
it's easy to be peoples when you play sports
people don't know who you are until you have fame
to me, that is so lame
now that you blow up like an inflated balloon, everybody now knows you
where were you when that person was crying for the blue?
where were you when that person lost everything?
where were you when that person had a minor setback?
it goes to show that people are so wack
real people are in the front, fake people in the back
it's easy for those to use someone for what they're good for
at the end, those same people who used others will drop to their knees begging why their child has no shoes at the age of four
karma is a bitch
that's why one must scratch that major itch
true friendship is not a marriage proposal, but a genuine bond of partnership
being fake permits continuation of wearing a mask in which reputations will sink like a battleship