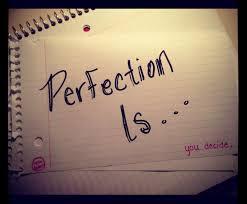 She did everything she was supposed to do.

Aced every quiz and was the highest in her class.

She fought and struggled her way through.

Every day, she plastered that smile on her face,

Showing the world that she was strong.

No one gave her a chance to explain herself,

Whenever she did something wrong.

How could she mess up?

She was already messed up.

Her future was planned out for her,

Without a word from her own mind.

She would never argue,

For she had a big heart and was kind.

Her parents wanted nothing but the best for her.

She was so lucky to have them.

She was afraid of being imperfect,

Of someone they would condemn.

Time passed by and she discovered a profound passion,

For the art and love of cooking.

She was a nurse-in-training during the day,

And a chef when no one was looking.

It was not long

Before that dreadful day arrived.

Her parents were ecstatic.

Signing up for med school was no surprise.

She did everything she was supposed to do.

She did not want this anymore.

She had something else she wanted to pursue.

Shaking, she took a stand.

Looked at her parents straight in their eyes and said,

Their smiles dropped and their faces turned red.

She wasn’t their perfect daughter anymore.

She had her own dreams she wanted to follow,

But she felt her heart rip and tore.

She was supposed to be perfect.

But she became strong and held her ground.

She happily followed the passion she had found.

But that was no longer true.

Perfection is a misconception,

Of what holds true to you.

Beauty, body type, and actions are all targets,

Into which perfection is sure to attack.

Trying to be perfect will drag you down,

And make you take two steps back.

She no longer cared what others thought of her.

She was happy and that’s all that mattered.

Her own dreams were there for her to test,

Instead of trampled on and shattered.

She was not perfect.

Perfection was not the key to success.

She did what she liked,

There was no one to impress.

She strived to be her own person,

Clawed her way through the hole of disapproval.

She would never let anyone control her again,

For living her life was crucial.