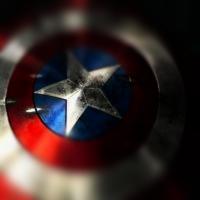 A story about my Uncle Sam who doesn't seem to get enough money, and it's hurting every single person out there.

Before you delve into the story about my uncle, I can guarantee you a couple things. His birthplace is a lot better than yours. His birth didn't take place in the suburban cities like the wealthy streets of Malibu, nor did it happen in the Caribbean islands like Jamaica, or Haiti. He was born immediately after a brutal war. He fought for abolishing a tyrannical regime in order for him and his comrades alike to live like free men, and managed to do just that for a few centuries already. Yes my uncle happens to be hundreds of years old, however he is still tenacious. Meet my Uncle Sam.
My uncle, unbelievably at his age and great amount of acquired wisdom, has the nerve to turn on his comrades. One of his more popular allies, the infamous proclaimed terrorist and threat to my uncle's controlling big brother way of life despite the fact 90% of threats are domestic and not foreign, is a man named Osama Bin Laden. Maybe you've heard of him through the media hype over the years, through the bullshit propaganda that newstations tries to paralyze the public with fear and lies. They have used false flag attacks such as the twin towers falling in order to justify invading a nation, simultaneously my Uncle Sam's CIA trained friend Bin Laden, had absolutely nothing to do with it, well at least he was gracious enough to give Bin Laden some imaginary terrorists to play with, I hear they go by Al Qaeda.

My uncle is THE greatest hypnotist, magician, and salesman on planet earth. David Blaine is crap compared to him. Selling American citizens and foreigners alike the illusion of freedom while the public is either too ignorant or too apathetic to see the same nation which was built on revolution through civil disobedience, which time and time again fought against cruel authority figures, is slowly becoming a police state. Mine, as well as you're constitutional rights are being stomped out slowly, with Idiots that also double as hypocrites like Mayer Bloomberg, A socialist puppet called Barack Hussein Osama, and every liberal that cries hard enough to extinguish the bill of rights.

My uncle loves to rob and spend money. Maybe you've heard of the national debt accumulated by the USA, but long story short, we owe a LOT more than we could possibly hope to pay off. But democrats somehow someway come to the conclusion that tossing an extra few million towards that mountain of debt will somehow benefit the future with jobs, careers, and a more stable economy. Meanwhile, the Chinese leaders, as well as other nation leaders, are laughing their asses off waiting for the once great United States of America to fall flat on it's imperialist face with the same method that Greece is falling steadily fell by. It's REALLY a damn shame, ironic, and kind of humorous how history repeats itself, yet some refuse to learn from it.

The man that has been granted a second term in our country's Presidential office, that has been SWORN in to protect and uphold the constitution, has called it imperfect with flaws. New York now has a gun tip line where you can effectively "snitch" on legal gun owners for $500. Liberals use any shooting tragedy possible to trample on the 2nd Ammendment. The Universal National Service Act (H.R. 748) would require all people ages 18-25 to do forced work for the government. Apparently my uncle will alienate gays, hard working immigrants, and won't hesitate to throw you're children into service. So my dear Uncle Sam, I love you, but FUCK you for that. There is WAY too many examples of these atrocities for me to write in this poem for the HTML page I'm going to upload it to, to even hold.
Our founding fathers KNEW, after defeating Britain in the American Revolution, that someday the need to pick up arms and fight against a wicked government will come again. OH HOW HISTORY REPEATS ITSELF. "Don't interfere with anything in the Constitution. That must be maintained, for it is the only safeguard of our liberties." "America will never be destroyed from the outside. If we falter and lose our freedoms, it will be because we destroyed ourselves." Abraham Lincoln is absolutely correct, there is no terrorist after us, no excuse to get rid of our freedoms, and I myself have no respect or consideration for those that WANT to use any reason to do so.

My Uncle Sam is spiraling out of control and headed to a first class hotel to hell in a hand basket. What room do YOU want at the hotel?