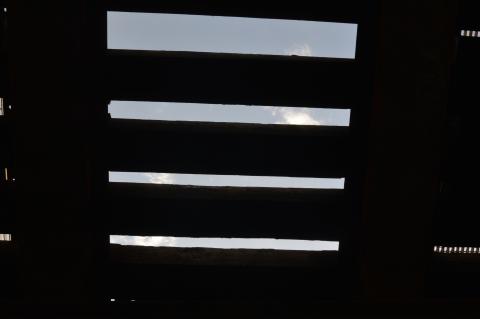 Cold, because the PGW worker disabled our gas. Too many late payments. The room only had one bed, but the room was occupied by four growing boys.

The window in the room would give sight to an abandoned house that we lived next to. On summer nights we would explore the place.

The room had an old square TV, like it was directly from the 80's. We would watch Rocket Power and now what we would consider to be vintage Disney. Shia Labouef. Even Stevens.

The room always had a dark hue and at times I would look out my window to check on the sky to see if it was still blue.

These things would frequently happen in this room.

Whem the room was too silent, mom and dad would check up on us to see if we were doing anyhing violent. Sometimes we would practice WWF moves on each other.

This is the first room that I can recollect from memory. When I reminisce on to who I was in those moments when I was in that room, I smile. I was a boy who dreams pushed passed that old ceiling that would let cold air seep in.

I would always draw rocket ships and hang them on my wall to remind myself that I could get higher than the situation that I was in then. Nothing would restrict me.

That room probably exist today... Or maybe not because gentrification has taken over the area. That room saw me at my worst. When I was hungry, weak, cold, and angry.

That room holds many memories. Memories that I will never let go of.