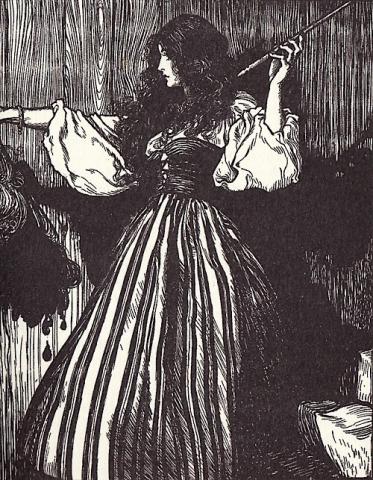 After the witch's death, I rushed home to tell the news

Running out of breath, ecstatic of the thought to marry you

However, I was told to be with another lady

Though, she was quite scary and acted unfairly

And on that night  I stood by the maiden's door

For I found it odd that she was adored

Alas, she was the witch's sister

and after hearing the news she wanted to avenge her

and thorns to cover like her sister before she was dead

Before I could flee, she placed a spell on me

On the day of when everyone gathered

But I noticed as each girl came to sing

My fiancee was getting very uneasy

When you came up and your voice had rang

And through true love, the spell had break

I shouted to you that she was a lie

and with your wand, she became a fly!