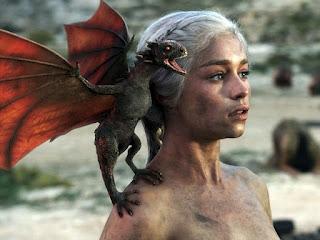 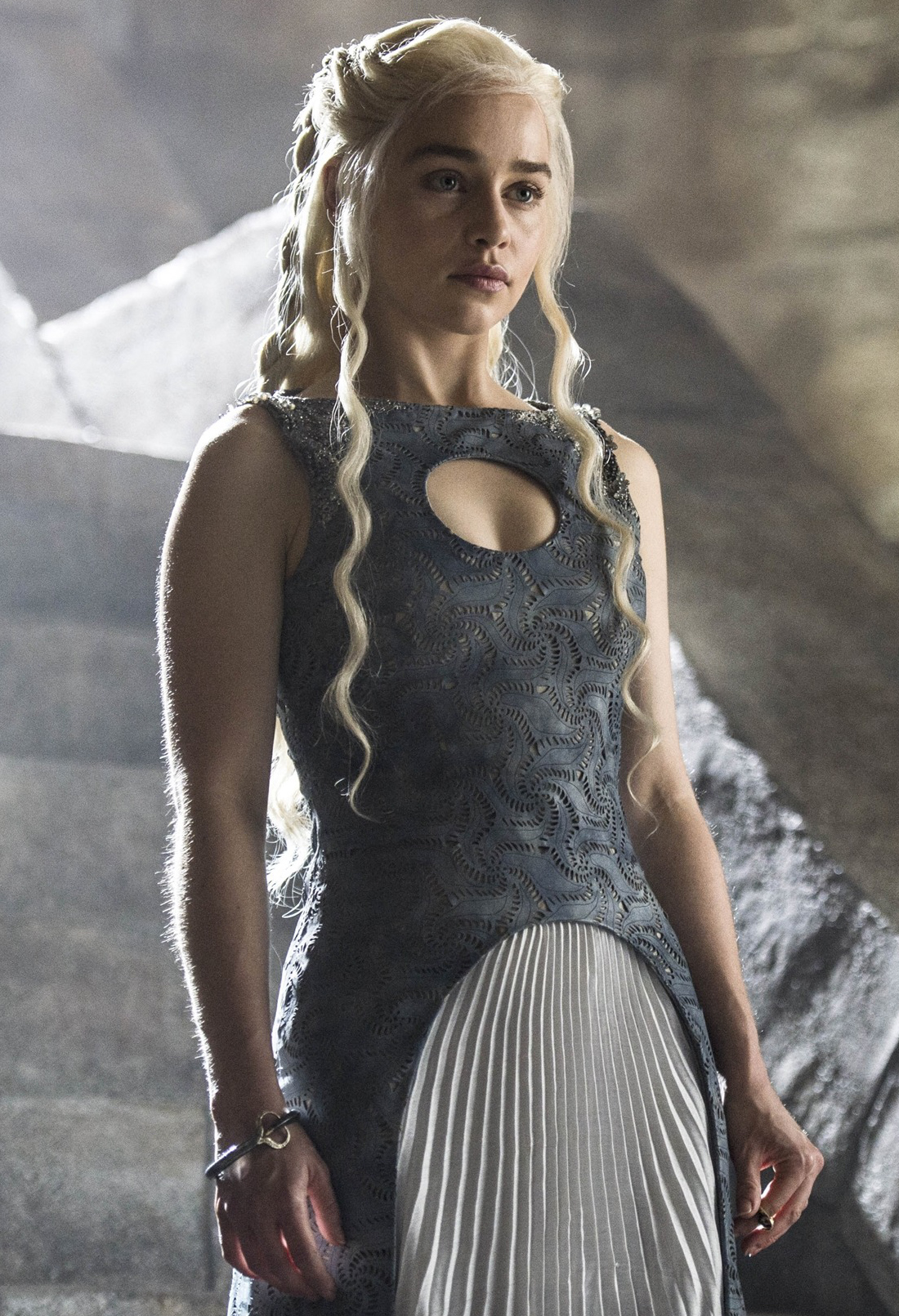 Far away, distant in a land apart

Exists a world with a broken heart

Corruption in its kingdoms, people at war

Never has there been such a story in yore

The story of a girl who lived through suffering

Torment and hardship, to the world she was nothing

Her own way she made for her inheritance was lost

A poor unfortunate soul who has paid every cost:

There stirs a child in a mother’s womb

A mother who runs with her son from doom

A kingdom is seized and she is the Queen

As her family fights, she and her son are fleeing

They find refuge on an island, and on the night of a storm

A beautiful child from her is born

Her name is Daenerys, she was too much to bear

Her mother dies birthing, a corpse in despair

Viserys the brother is left with Daenerys

His mother she killed, and a grudge he holds dearest

They grow up in exile from the kingdoms oversea

The kingdoms that once belonged to their family

They are the exiled royals from a ruling lineage

The only two alive, without a dime or a privilege

One man is kind enough to take them in

Daenerys is shy, and Viserys is brute

He scolds her often, and beats her too

She does nothing wrong, but he holds a grudge

His anger he unleashes, his temper his crutch

“Don’t be afraid”, he says to her sweet

“I will one day rule the kingdoms across the sea

The land that once belonged to our family

The land that before your birth, we had to flee”

He speaks of a land to where she has never been

A domain usurped from people within

Her brother Viserys dreams of return

So he may rule and the traitors will burn

When she’s of age, Daenerys is sold

Viserys sends her to wed, and she does as she’s told

She is a young woman, yet disallowed to decide

And surely Viserys was paid in kind

For his sister he received payment sublime

The Seven Kingdoms he should conquer one day

The crown he will wear and the usurper he’d slay

He yearns to return to the kingdoms of home

Reigning as he should, on the iron throne

His sister was not a big price to pay

He did not care for her much anyway

A miserable thing, he regretted her birth

His mother died delivering her to this earth

So off poor Daenerys Targaryen is sent

To marry a Khal Drogo and live in his tent

She now lives alien in a nomadic tribe

Drogo is the Khal, and she is the bride

Khaleesi they call her, the female at rule

Of a tribe in the meadows, the Grass Sea’s crowned jewel

With savage people she is forced to bide

Thrown on a horse without being taught how to ride

Scared she is, a girl of only thirteen

Of her dolorous life, much to her dismay

Yet for her wedding gifts she is not cheated

Among the trifle she’s given, there’s one luxury yet

Three Dragon eggs in a box, a gift one cannot forget

The eggs were large, ancient and bold

Turned to stone by the ages, a beauty to behold

They stood a reminiscent memoir of an ancient time

An expensive coincidence for her to receive

For her family used to ride on the backs of these

The Targaryen family was blood of the Dragon

They ruled as far back as one can imagine

Centuries ago, the last dragon died

These eggs were relics of Targaryen pride

Fossilized they were and heavily ancient

She held them up and expressed her amazement

She was grateful for the gift, a token of history

Yet a nothing was she, her life but a misery

In the heat they roamed on horseback for days

The Dothraki her tribe, the Great Grass Sea her maze

Affinity soon grew between her and her husband

Daenerys was happier than she’d ever been

They came to love each other, created a bond

That nothing could break, no matter how strong

One day Viserys stormed into the tent

Where the fire was lit, his patience all spent

Rage in words breathed out of his chest

“Where is my crown!” He yelled at Khal Drogo

“I sold you my sister! Now pay what you owe.

An army you gave me, yet my throne I have not

Where is my crown!” His anger grew hot

To the Dothraki tongue Daenerys translated

Khal Drogo heard clearly and was not clearly elated

The Khal was not accustomed to be spoken this way

Offended was he, and Viserys he’d slay

“You want your crown?” He said in rhetoric

“I have it right here”, a phrase metaphoric

Understood not a word, lest translated by Daenerys

The Khal ripped off his own golden chain from the neck

The gold turned to liquid and bubbled in swelter

Viserys was restrained by two guards in the shelter

“Here is your crown!” Drogo gave a cold glance

As he came near, the cauldron in his hands

Bottoms up in air, gold molten rained out

Over Viserys’s head, ending his drought

In agony he screamed, the gold burning his flesh

There lay Viserys, without life, on the ground

Accomplishing his dream and wearing his crown

For her brother she had no love or devotion

Though, better news came after the death of her brother

She was with child; she was to be a mother

The child she’d have was to be a boy

The ruler of the world, a dragon on horseback

The Dothraki tribe were an insensitive people

Pillaging villages and enslaving the feeble

Daenerys’s compassion did steer her to remorse

When she stopped at a raiding and dismounted her horse

She commanded her soldiers to end their aggression

At raping an old woman who cried back in regression

The old witch thanked the Khaleesi for her act of benevolence

The woman’s eyes deep with the feelings of reverence

The soldiers were enraged and undeniably shocked

For women they raped, but this time they were stopped

They went to the Khal and presented their concern

He sided with Daenerys, his expression was stern

One of his men turned on him and attacked

He thought he’d grown soft, but Drogo fought back

The two angered men then began to fight

The Khal triumphed and slaughtered the other with might

Though after the brawl, he discovered a gash

The witch Daenerys had saved came to him and said

The wound now infected he becomes too weak to ride

He falls from his horse and his people decide

He is too weak to lead, only the strongest survive

The men fight over who will be the new Khal

Daenerys is no longer relevant now

They may kill her or even make her a slave

The Khaleesi (for now) looks for ways to escape

Just when her life had a hint of meaning

The good was torn away without any weaning

Fear in her veins and tears in her eyes

She gathers her strengths and hope she implies With desperation in her voice, she begs the old woman

The old witch complies, but must use blood magic

A dark art, a sorcery, a measure quite drastic

And during this time, Daenerys goes into labor

Her husband is dead and her child stillborn

Half her people have left her, she cries and she mourns

The old witch had deceived her, so she is tied to the pyre

Painful screams can be heard through the flame

As the woman smolders in Khal Drogo’s name

The tips of the blazing light touch the sky

The heat is immense, the crackling loud

Daenerys then walks unflinchingly in

With her three Dragon eggs, and then it begins

Engulfed in the fire, she stays the whole night

The Dothraki watch and imagine in fright

In the morning is witnessed an unexpected scene

The Dothraki amazed at a sight unforeseen

For Daenerys Targaryen is not dead

Like a Phoenix she rises up out of the ashes

Unharmed and unburnt without any scratches

And on her shoulders, stand three tiny Dragons

Alive and alert, borne out of the madness

Hatched and revived from their extinction

The first in many centuries, three infant Dragons

Sit atop the Khaleesi in a fiery passion 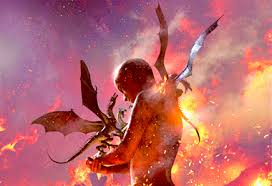 Faith’s given her a chance, her potential is born

To become someone greater than tattered and torn

To become someone who strikes fear in the hearts

Of her enemies and lovers even the stars

From poverty and plight, through hunger and strife

It has led her to this moment where she can decide

That over earth she will rein and will no longer hide

When her Dragons are grown she will rule the world

When she is dead, stories will be told

Her name will ring in the hearts of all men

Her name will be what she becomes in the end

Daenerys Stormborn of the house Targaryen

The Unburnt, Queen of Meereen

Queen of the Andals the Rhoynar and the First Men

Lady Regnant of the Seven Kingdoms and protector of the Realm

Khaleesi of the Great Grass Sea, Breaker of Chains and