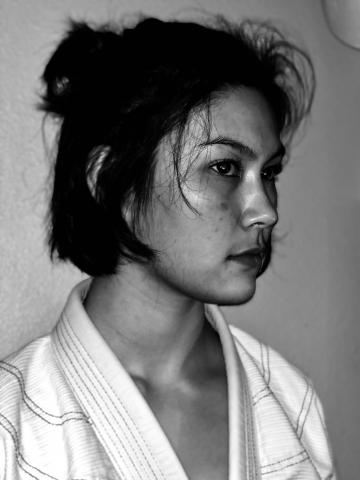 Lost to an act so long ago, a kid already but I didn’t know

what it was you that you did and yet although

And tell someone; yes I had to throw

You under the bus but it was just so low

Of you to think that I would grow

To be okay, because you refused to slow

When I finally got the mind and courage to say no.

You don’t scare me anymore, finally looking at the memory.

What happened…? I’ll tell you what!

I was used and confused what it meant to openly trust.

At first only you, then I really grew to distrust just about everyone

No one was safe, and fear took place whenever I was alone with someone.

People tried to help, but the most help was from my home, where I was scared and ashamed because we could never be left on our own. I lost my friend, to a fear, to an act, that I thought would rape me of my soul.

I lay at night not feeling whole, because it happened…

It happened so long ago…

It became a dream, pushed back, suppressed, until it became a ghost.

I don’t care where it takes me, because everyday kids are being raped,

And As harsh as it sounds it’s quite true in that respect.

It’s time to stop, hashtag me too- World, you don’t even have a clue.

Stop pretending you know what it’s like, to sit so still in the dead of night,

To wonder if it will ever be okay, thoughts of that day never ever go away.

It’s a plague, you feel unclean; your heading spinning until you want to scream,

“It’s my fault” the fuck it’s my fault! The only fault is that society assaults.

It’s not okay, not quite yet, but it’s time for a culture that’s compassionate.

Society likes to facilitate-Everything so we don’t get to appreciate-The people who are in an open state -That speak their heart about their unfortunate fate.

Everyone’s got something to say with the hate they all gave when you tried to communicate the shame it’s time that you knew |that nothing you do -- could ever justify what is that happened to you.

One thing I’ve learned from this onslaught of time: that I’m not powerless though he took me for mine, but that in reality they’re just insecure at their best, that they force situations because they lack confidence.

I’ve seen what people like that become and its saddening to see that they’re reduced to none, and the fact of the matter is that they forever live in pain, because their need for control is driven by a chain That they place on themselves to seem so cool, because they feel weak and don’t want to look like a fool. Power, power is like a flower growing one day and dying another. Truth of the matter is that you become so sour when all you seek is how to make others cower.

I’ve been learning how to fight for almost 8 years of my life,

to have what it takes to fight for what’s right.

I say that now because we have to a world make,

You all have a voice, it’s time for the people to wake.

I know my story doesn’t compare to some, and that perhaps some of you are still on the run

I know it’s hard to think of being free, but please allow to me to share in empathy.

This is an act that too often is faced, Done by those we trust most is the biggest disgrace.

The more I share the less I feel alone, Because my dear friends too also carry that stone.

You don’t scare me anymore, finally conquering the memory.

What’s happening now is that I’m learning to cope

No longer in the depths, wanting to inspire hope

How could I forget even though I forgave long ago?

There’s a part of me that was lost to an act that happened so long ago...

This is just my story that I hope will empower others not to be afraid to share theirs.