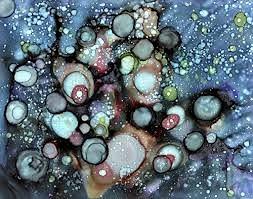 The logical possibility to jump over the moon,

make sense when considered its cheese eaten with a spoon.

melted in on bread called Mozzarella.

The milks fat has its meaning by matter of form,

as one can pull it gently in its use to be torn.

The essence of man by Plato is conceptual confusion,

The death is one of two things and metaphysical,

hypothetic nature in grammarless forms of being radical.

Abstract concepts to the point of phrase,

Nothing divided by nothing to multiply the zero,

overwritten melodrama and its cultured sensation.

to safe the astounding audience aspiration from taws.

Intensified intuitive balloons matching the color of the eye,

illustrative animated slices with the cherry on top pie.

Falsity and truth before sense and nonsense,

thinking one knows what is not known in essence.

Philosophical poetry may be with or without rhyme,

but it is never without reasons of confession in time.