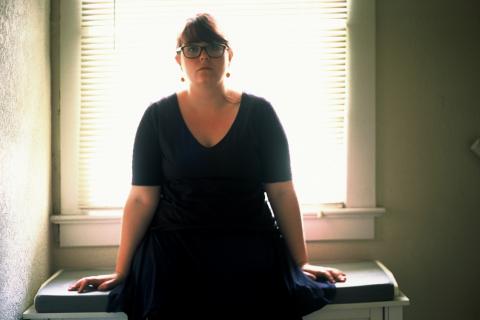 My brother and I learned how to breathe together, but we soon became a set of tools. He was a plow and I was the rake. I collected the stones he threw. I became the ladder when he picked orchards. He reaches his hand to lift me into his tree, but I sit at the base. He cannot understand this craving for stability. My desire to stretch out like roots and sleep with the Earth while he reaches for the sun.

Even if he doesn’t understand my wish, he sees the cycle. We sit in silence, trading water and fruit until it’s time to leave. We learned how to grow together.

At the same time, I was pushing boulders over cliffs and watching them fall. Their destruction became the rock for my foundation.

I want to have a constant beginning. A place to build.

I realized I had hands and fell in love with creation.

My mother told me there is a photo where I had the courage to take one-million steps. Those little feet have become so big and heavy. I’ve been dragging them behind me. Quiet anger keeps me walking now.

Often, I feel transparent, but not invisible. My thoughts are naked and trembling. My voice is weak and the pen is heavy, and I feel shame.

I want engagement. I want a satisfaction and simultaneous frustration.

My father taught me how to name things. I learned the plants, animals, colors. When I got older, I started naming my insides. Slowly, my body became a community of hands and heart.

I take up a lot of space. My spirit bumps elbows with the walls and leaves its feet hanging out the front door.

I want to have a constant beginning.

I’m waiting for time to breathe with me. Rest from this slow decay.

Poetry Slam:
I Am... Scholarship Slam - CLOSED
This poem is about:
Me
My family