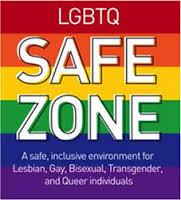 Why do people disagree so?

So against something that even the past seems to repeat itself

as though they are children who haven't learned from their mistakes

In truth it's the same thing

OR how the treated people who weren't a certain religion

there is no "liberty and Justice for all"

The truth is really freedom for some

all they want is the same right

sWhat's the worst that could happen?

LGBTQ's are happy and some people are upset