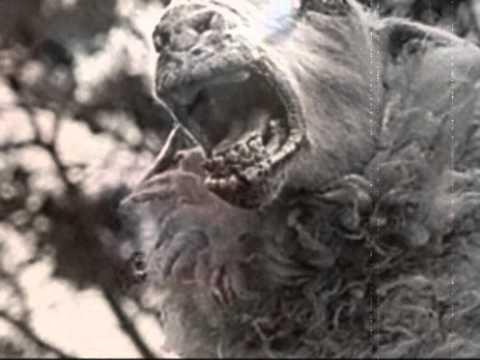 Mary had a little lamb who's fleece was white as snow

And everywhere that Mary went the lamb was sure to go.

Not So Distant Past:

Who mummers to himself "I don't know who I am."

He's been looking and he's been searching near and far

He's been hitching, he's been hiking, and was almost hit by a car

He can't find his family, he doesn't know his place

He cries, he can't sleep

He bumps his head on a tree, now he's starting to remember

It was a cool day, sometime in december

A woman came along and she sung to his flock

The song was so sweet, like a tick on a clock

They followed the woman, she led them to her home

And one by one, she slaughtered them for a meal of her own

Yet he, the young lamb, he had escaped

He had supressed his memories to cleanse himself of such hate

But now he remembers and now he wants revenge

So this is how his story ends but how hers begins

He would follow the woman until the ends of the earth

To ensure that her life would lose it's worth.

And everywhere that Mary went the lamb was sure to go.

'once upon a time'