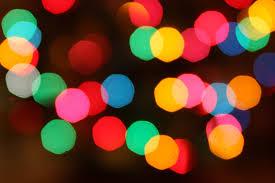 Rumor has it that scars of gold kept you hidden

behind a veil of words that were forbidden to hear,

and the tattoos of watercolors began to slosh around on your marble skin,

until no single pigment could be found.

You clawed at iridescent wounds with an exposed humility

and mourned the memory of your Technicolor dreams,

but when they asked what sparked the inferno in your eyes,

your skin turned every existing shade of white.

If only they hadn’t overlooked the shadows that cavorted

from one fingertip to another, like addicts of your sensation,

then maybe the vision of a monochrome calamity

could regenerate into an intricacy of smiles, instead.

Every grey phantom of you was identified and entombed within

the deep and modest vault, engraved with anagrams of broken script,

and everyone watched your veneer transfix into raw fervor.

The sound waves of your new-found laughter bounced off of glorious veils,

and your haughty smiled burned their unyielding scorn into crimson.