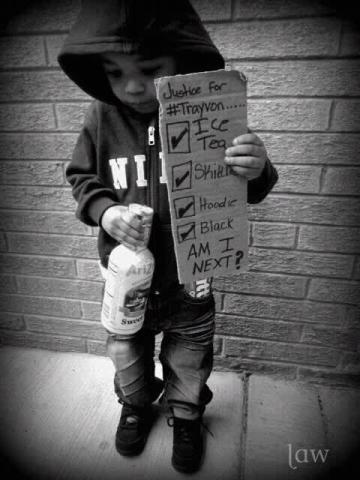 How did the jurors decide? It seems like they didn't really open their eyes.

It doesn't seem like they realized what Zimmerman did. He shot and killed an innocent kid.

Does this murder make it okay to hurt, to kill, to profile? Why are people okay with living this violent, racist lifestyle?

Trayvon was probably just hungry and anxious to get home to enjoy his snack. But he was profiled as a criminal because he was black.

I guess Zimmerman considers being black a crime. Sadly, he won't be serving any time.

But although he's not guilty, he's not free. He will never again have his liberty.

For the rest of his life, like he did Trayvon that night, he will be followed and attacked. Maybe even killed.He'll get his karma for the blood he spilled.

People are angry thinking he's free and swell. But even though he's not in jail his life will be hell.

He won't be able to get his mail. He probably would've lived a safer, better, life in jail.

Trayvon has his justice after all. Zimmerman will live horribly for his role in the deadly brawl.