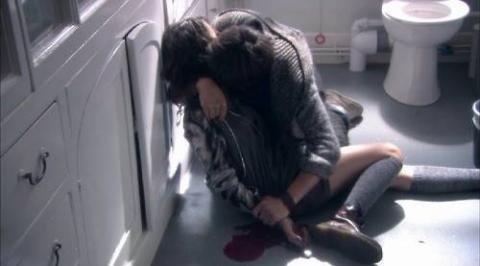 Suicide has been a crazy thing lately. It seems like every normal teenage problem that happens, someone takes it a step further, and horrible results happen. Well then it is true: people are born with an inborn trait. Young adulthood is the time where a lot of things needed in life gets piled on in just a short few years. During those years, teens have been known to inherit anxiety, mental disorders and so much more. Not many people see it, but teenagers have a lot of problems. To top it all off, bullying is not helping the situation. Movies like "Cyberbully" by Teena Booth and "Bully", a documentary by Lee Hirsch and Cynthia Lowen illustrate the hardships that teens have. Bullying is a serious problem that is going on in all schools, but adults do not get the broad picture. Various students have committed suicide because they have been pushed over the edge due to bullying, and teens who have anxiety and other disorders are more likely to due it. With the help of adults and students speaking out, something can be done. To know that young teens and adults can be involved in something that involves losing a young life is insane to think of, but i guess the saying that "People always care when it's too late" remains unchallenged

A poem dedicated to bullying and suicide awareness

94 reads for this poem