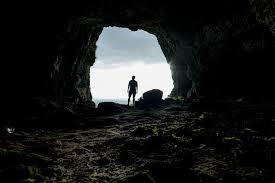 Have you ever been scared?

Felt like the blood in your body just stopped moving,

Like if you tried to step forward your leg would break on impact.

Being lost in a cave and seeing the lamps of a rescue team coming for you.

But only instead of reusing me, they just circled up and yelled.

Blaming me for getting lost.

This is how I became me;

Drowning in voices that I’d only hoped would embrace me.

It only took 13 and half years, for me to find true confidence.

13 and a half years, of confusion.

Or the moment you drown.

Standing in a room of strangers

Whom I expected to trust

Made me feel hopeless.

A Phoenix, Mythical, and surreal

The Phoenix reforms, Births itself from the ash, stronger each time.

The fire that once burned in me dissipated leaving ash and coal to be relit with new kindling.

I am now a Raging Fire, burning with new desire.

I am influenced from that feeling.

I am a person.

I was lost in the cave,

The rescuers meant to find me, rather leave me to die

I found my way out

And Journeyed back in, even stronger.