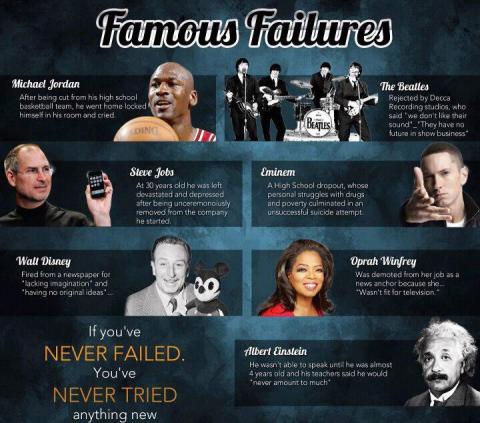 When I was a boy I got into a lot of fights because other kids would pick on me, mainly because of my weight. When I was eight I spilled water on my pants and other boys saw my pants and ridiculed me for it. When other kids called me names I would follow them home and fight them; once I punched a boy in his nose and he bled. For so long I felt like I didn’t belong. The older I got it seemed I became my own worst enemy because of all the people I hated I hated myself the most. The most difficult challenge I had was that I didn’t love myself.

Every time I failed at something I felt like a loser like someone who was completely worthless. In high school, I was the textbook definition of procrastination; I would satisfy my petty and selfish pleasures long before doing my school work. My sophomore year was the first time I would bring home C and Ds in subjects like Science, Math, French, English, etc. I can remember school nights where my eyes would be glued to YouTube to watch television as late as 4 a.m. to make matters worse and hadn’t done any homework. There were so many weekends where I wouldn’t do my homework until Sunday night or Monday morning. My mother’s disappointment grew progressively.

I felt I improved in my junior year, which was until my SATs came back. The first time I took the test I got a 1510 despite going to a prep course at Rutgers Newark. I didn’t study as much as I wanted. The following summer I went to an Upward Bound Pre-College program and scored a 1570 on the test. After both tests I knew my reading and writing skills were inferior to my math skills so my mother put me in a Sylvan Learning Center to prepare for the test a third time. My best was 1600, after all that time and effort I still failed. I studied some of the time but not with the required intensity. All that time and money wasted because I couldn’t simply sit down and study.

My anger grew when I was preparing for college. In the November of my senior year, I was learning how to drive after taking six attempts to get my learner’s permit. One Saturday, my mother wanted me to practice driving and as I was about to park the car, I crashed into the garage. I ruined my mother’s car. Near graduation, I was trying my best to win scholarship money, but it felt like a losing battle, I applied to so many; I won a few but it still wasn’t enough, I had to get loans, I was envious that I needed loans to go to school. I saw other kids getting free rides to go to college, but I always knew who to blame.

I wished I could say that when I was going to college that all those bad habits were gone and I was going to focus on today to make a better tomorrow, but that wasn’t what happened. Even though I typically did fairly well in my first semester, the bulk of my work was at the last minute like before. During second semester my procrastination and poor time management skills caught up with me, I got three Cs. During finals week I didn’t even go to some of my exams because I felt so depressed. I had absolutely no confidence in myself, I felt this bitter pain in myself as I laid in my bed sulking.

Sometimes I would go to counseling and talk about my problems. “I failed, I failed, I failed, I’m worthless, every opportunity I had I ruined; I crashed my mother’s car, I’m fat, I’m ugly, I’m nothing. No one would ever love me.” When I felt discouraged or afraid, I would say those critiques to myself, because in my mind it was all true. I learned it was easier to forgive someone else because you’re the only one who knows all of your mistakes and imperfections. Even when professors and employers gave me praise for my work I still thought I was insignificant, that I didn’t deserve anything. One counselor told me that I was one of the smartest people he knew, I didn’t believe him; he said this because I was aware of my problems and I sought help.

I tried to heal my inner wounds with my faith. I tried to read the bible and read Matthew where Jesus gave his sermon on the mount; if we repent our sins our forgiven. My prayers helped from time to time but when disappointment came my pride would remind me of my shortcomings. There are times when I still feel defeated and degraded but I would eventually regain my strength and go forward.

At the New Jersey Institute of Technology, I study Business Management, in an effort to improve my community. I grew up in Newark’s Central Ward which is one of the poorer and more violent areas of the city. Like many I had been led to believe that poor communities were poor because of capitalism and that only the government could lift people out of poverty. When people visit Newark they only go to the Ironbound or the downtown section because those areas have little crime and they just happened to be large commercial districts. In my business classes I’ve seen examples of emerging countries such as Taiwan and Honk Kong build wealth with free-markets and not redistribution. I own a business right now and in a few years I want to own and operate more as an example to others who feel so discouraged; that if I can do it, so can they. They need to know. Your scholarship will help me spread the message.