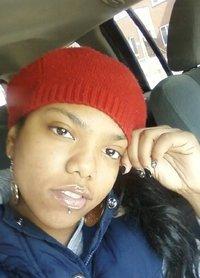 It vibrants, the noise
How about a shreking jolt at your stomach

It hurts
That pain of merging in your sophmore year and everyone is getting ready for the homecoming dance and I'm deciding whether to get an abortion or not.

That secret you keep from your mother- who is a single parent fighting for you -for me.
Trying her hardest to give me the best life and my selfishness went against her goals of parenting

It wasnt her fault- but to me It was.
She wasnt home enough or paid me any attention, it was her who came home at three in the morning
That was enough time to invite people over for a game of truth and dare or spin the bottle..

But it wasnt her fault- but to me it was.

She was the reason why I got raped in my own house because she wasnt there.
She was at work, working hard to provide for me and give me whatever I wanted.

I remember that day....
It was raining and the roads were flooded, and I was bored and needed company
I knew him
He was MY FRIEND

but it wasnt my fault

I let him in my room - I did
I let him hold me and tell me I was pretty- I did, I liked it

But it wasnt my fault.
He pulled my esteem up and brought my pants down
He layed me on the bed and told me to not say Ouch

But it wasnt my fault. HE WAS MY FRIEND

I REMEMBER!!!
I REMEMBER!!
He covered my mouth and continue to hold me down with his strong hands, and told me not to say OUch

Now, I remember that day, a raining boring day.

I called HIM and he came
Now, Im calling HIM to say I'm having a Baby
and Im only sixteen.

I didnt see him again after that
Now Im sitting here in the hospital with a swollen belly and feet.
Completly hurt in pain from this delivery

With no one but my MOm next to me, and it hurts
Her eyes crying with confusion, a distant plea for God to not do this to her

BUT WHAT ABOUT ME?

It wasnt her fault- but It was To Me