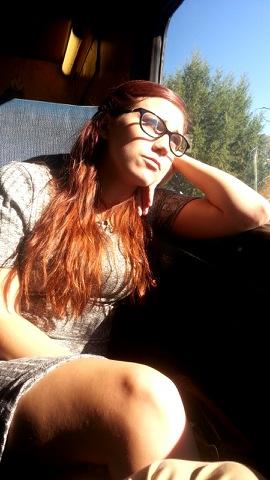 I read a book once.

The woman swam to the depths of the ocean

Because she lost herself.

She lost herself in the midst of what everyone thought she should be.

Because they did not love her, only what they could gain from her.

From the very beginning she said she would not

Give up herself for anything.

Not even her children.

The very breath that she created

The hands and feet that were part hers

The cries, the laughs and the whines that sounded so much like her

People tell me I should be ashamed of loving her.

She killed herself, after all.

How could someone support that?

“She is not strong.”

“Just a damsel in distress who refused the help.”

“How could you support that?”

What I do support is this:

She is a woman when women did not add up.

They only just amounted to baby makers and portraits.

When women lost themselves in between their husbands and their sons

Without a brush to guide the stroke,

Without a thought to call their own

She was a woman trying to hold onto herself.

She had ideas, beliefs, questions that she not dare to share

Because who was listening?

She felt love and hate and torment from both

Because who would hold onto her?

Who would hold onto her after all these things spilled from her chest?

And in a time when men overlooked their female halves

She only knew of the ocean.

But found the ocean.

So maybe a deserted island wouldn’t be such a bad place after all.

Because too many people fight quiet opinions

By yelling louder at them,

So maybe the peace and quiet of a lonely island is what I need.

I have lost myself

In the rushing city

In the home I cannot call home anymore.

Maybe I could find myself on the island you place me on.

Because what I can’t ever live life without

What I hope to never lose

'All I Need Scholarship Slam' @powerpoetry