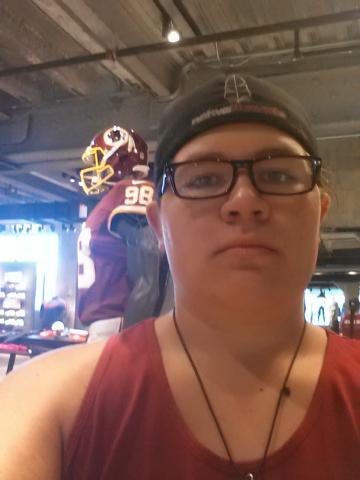 I am Miwok, not a Mascot. Take me off.

I am not Red, my skin has many tones.

I do not wear a headdress, I wear a Ta muk u lay.

I do not raise my hand resembling a stop sign to say hello, I shake hands and hug.

I do not use the greeting “HOW”, I say M’Chucksus.

I am not a savage, I am an educated young man.

I do not shoot a bow and arrow, I use a rifle to provide meat for my elders.

I do not wear feathers for show, I wear them for my religion and each was earned.

I do not play my songs on a plastic drum, they are sacred and resemble my heartbeat.

I do not dance to cheer on my team, I dance for prayer, celebration, grief, and healing.

I do not wear a wig for amusement, I grow my braids with a purpose because they are sacred.

I do not live in history books or on a helmet, I am 2.1 million youth still alive and thriving.

My culture, heritage and identity should mean more than your team or school pride.

I am Miwok, not a Mascot. Take me off.

Very powerful. I printed off a copy to put by my desk at work.

The football team is only the tip of the Iceberg in this work of art. It's about an entire group of people being disrespected and still misunderstood after hundreds of years. This is something that should be heard and spoken of more often.

7 years ago
Outstanding. You managed to both miss what his poem was trying to convey, and utterly disrespect his thoughts on his own heritage and culture in one blow. Your response to this heartfelt poem is illogical, cold, and overall, idiotic.
Your idealistic view of America is warped. So, us minorities should be grateful that this country hasn't "persecuted or killed us like a tyrannical dictator." Oh, that's funny! Because hasn't this very country acted upon those very crimes in the past? Do you not remember the horrific tragedies of the trail of tears, or when Japanese Americans were forced into internment camps during World War II, for sole reason that they happen to look like the enemy?Did your school not teach you about the way this great nation of Freedom and Equality treated African-Americans? Let's not forget about the Jim Crow laws--those weren't tyrannical at all, right! They were just laws that dictated and restricted the lives of African-Americans...Oh, and everyone should be "happy that they live the life they do in this country," eh? Yes, I'm sure the victims in Fergurson think so too! Surely the racism that they suffer through everyday is certainly worth it! Your argument is total bull.
Why should we be happy with what we got? Are we not allowed to desire the full package? I want complete equality, I want all my rights to be met. This isn't a complaint, and it's certainly not a TRIVIAL complaint. This is somebody who is standing up for his culture--Native Americans are NOT mascots. The redskin logo is racist, and should be changed. We don't live in the 1700's anymore--let's act like it.
And your little tidbit about how white people should revolt because "white is offensive"? Please. That argument is fallible. You cannot be racist toward white people. In order for one to do that, they must oppress their culture, degrade them, erase their traditions/histories, or, enslave them. Not once have white people gone through that. They have never been oppressed. They don't walk through the streets of America with any restrictions because of their race. I, for one, am tired of being burdened by my own race. It's tiring. Why should I be punished for being a minority? Why should I earn less, be treated differently?
Don't even dare go--"minorities aren't treated badly". Tell that to the people of Ferguson. How can white people down in Texas carry guns in grocery stores and not end up in jail or shot? How come the only people who face police brutality are black people or Latinos? Why was Trayvon Martin shot just for wearing a hoodie? Why was Jordan Davis shot for having loud music? Why was Mike Brown shot for walking in the streets at night? I'll tell you why; it's because of the negative stigmas and stereotypes attached to their skin.
Thing is, being white means never having to think about it. White people aren't categorized by their race. They aren't burdened by the idea that their race defines them.
So, don't undermine this poem.
Don't trivialize this issue. It's important. Your tone and response is  very patronizing for someone so ignorant.
And, uh...your little comment about " if you had better things to complain about...and tried to make the world a better place though helping causes..." is uh, very ironic, as your comment is a wall of text of you whining about a poem by boy who expressed his heartfelt feelings. So instead of whining about how he's voicing his defense of his culture, why don't you...gee, I don't know, feed the poverty stricken, the starving children in our country?

This is really wonderful; Thank you for sharing.