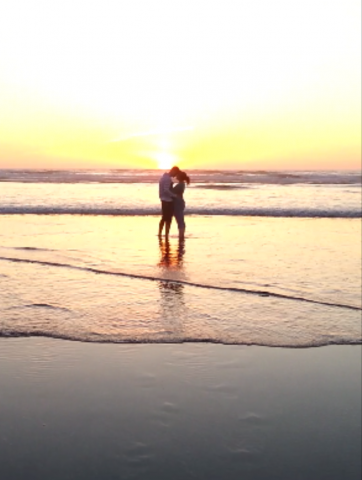 Neither my parents nor I could have imagined the future I have obtained and I haven’t even graduated from high school. Through the storm and the peace I blossom, blossomed into a man who understands this world that we all must live in. Over the years I’ve learned from those who have seen more seasons then I, and even the small lessons from how to talk to a girl to the much larger ones like how to deal with them I keep locked inside and under key. I can see myself as if I was outside looking in, as a young man looking for his glory in this life. As a citizen of a beautiful and proud country, as a father to his very own family and as a lover to their mother. To that old man looking back, back on the memories he has made, the glory he has achieved and the knowledge he has passed on.

So far in my life I have achieved much and it all began with that first step, a step to say no to the drugs around me so I may better myself as a man to not steep that low, a step towards education so I may succeed in anything I choose and play apart in the growing economy and the advancements of the future And last a step to find who I really am. Over the last four years of my life as I face my final chapter of adolescence and my first chapter into adulthood. I have seen the face of society in the halls of high school, as the smart exceed and the foolish make excuses that later effects those ahead. I wouldn’t have to tell you who belong to what branch for as you walk down these hallways you would see that they all organize themselves. By looks and intellect they separate and by belief and tradition they gather into groups in the hall and for a young teenage society that is quite impressive. My first time down those halls as a freshman was the first major roadway of my life, for as I walked down I thought deep and pondered often where is it that I belong? Do I belong with the nerds who ever stay at the beginning of the hall in their own world of fantasy and magic? Do I seek acceptance with the teenagers that are viewed as the most popular and richest? Finally do I feel so desperate to ask for an invitation into the group of out casts and stoners? What did I pick you may ask, well over those short and at sometimes confusing years I learned that I was not one for a single group. I found myself accepted by all and hated by few; I was so open-minded about others that I fit in with all. That I could understand their points of view in a way that made most of them come asking for advice and even though my parents would laugh at the fact of me giving any other advice besides how to make people angry I helped them along. I even earned the title of friend, best friend and on one occasion uncle because of my kindness.

On a normal day of school you would see me sitting in class with my head phones in listing to music as I completed my work before the rest of the class and it affected me a little inside, for I became less and less sociable at school then I did my freshman year when the teachers couldn’t get me to shut up and my voice got me into all kinds of trouble with the school and grades to my fellow classmates and like all young men it got me into trouble with girls. I have made poor choices in my life yes but I have never fallen so low to the usage of drugs and it is something that I hold close to me as if my biggest medal and greatest achievement. The influence during high school makes us who we are as adults, we make those same choices and I am very thankful to the idles that inspired me to stay away from drugs and focus on sports and my schooling, because of them I am a state champion in both of the sports I do and am graduating high school with ease plus I will be attending college in the fall.

So at the end of it all I know who I am, I am a young intellectual man who enjoys the beauty of a love story and the excitement of conquering others but I pride myself on lending my hand. I give my heart and love when I devote my time to helping the challenged. I am strong enough to cry and weak enough fight through the pain…. I am Devon Moore

I know who I am