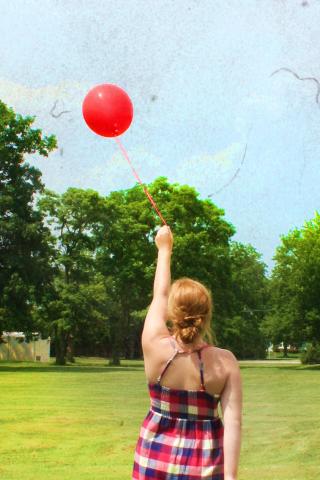 and all I could do was stare at her because the laugh got caught somewhere deep in my throat and the tears were still somewhere stuck in their ducts. I told her that all I did was shelve books and that I could not help her learn calculus in twenty minutes. I found all sorts of things in that library besides strange people. Notes handwritten with loopy cursive on floral stationary to long distance lovers. Rotting baloney sandwiches on wheat bread wedged in between hardcover copies of Shakespeare’s greatest works. Single sandy brown mittens that fell from the pockets of unsuspecting blonde haired children. I pulled them over my own fingers to see what it felt like usually. It was my way of crawling into the skin of a stranger. Back then, people were still as unclear to me as the wide ruled sheets of shitty algebra smashed down at the very bottom of my backpack and I wanted more than anything to replace these dark synapses with sparks of similarity. I wanted to solve for x.

I am pregnant in all of my dreams

and I feel the fetus thrashing inside of me just as I feel the gritty charcoal in my pores and the acrylic paint between my fingers because I am an artist, not a mathematician. Both the fetus and the concepts expire prematurely inside of me and I don’t even know what that means or what pills I should be swallowing but it deserves a name and so I name it Juliet. My mother used to sneak out of school during her calculus period and saunter down to the rundown grocery store parking lot and smoke cigarettes because fuck math. The smoke probably escaped just as easily from her slightly chapped lips as it did when she was pregnant with me. I don’t smoke. I wish I did.

The x was the hub,

and the hub of the x were the two lines that intersected exactly in the center inscribed on black paper with pink gel pen that left sparkles in the wet ink. On my eighth birthday glitter flew through the wind and no one could see it but me. I climbed clumsily into my mother’s bright red beater and it didn’t even bother me that she was hauling me to church because I still had the sparkly pink gel pen in the backseat. I wanted to tell a story and I wanted people to read it, but mostly I just liked the way the ink slid over the rough black page and left a trail of sparkles with my thoughts. I had crawled through plastic tunnels and peered down rabbit holes but in that moment, writing was the answer. Little did I know, that x was part of an intricate equation with terrible twists and turns and knowing one part of it wouldn’t really help solve it in the end.

When I learned how to spell, my mother switched to a different code

so that I never understood what she was saying. She communicates in nonverbal signals that soar right over my head and onto the intended recipient. She told me there would be things I will never understand no matter how long I bask under the glow of my green Chinese lantern and struggle to solve them. The x is the space between the typed lines of the novel at my bedside and the gaps between the keys of her typewriter. The x is the part of the film I crank away between exposures that tells more about the photograph than the negative. The x is the unknown. I was searching for buried treasure and when I came to a graveyard I had to keep going to the next one. My x will be somewhere in the graveyard after this one, between the stones, buried with the long forgotten bones.