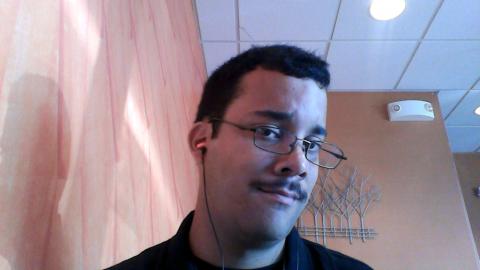 So I'm finally reunited with my friend at long last, She is a close and dear friend from my past.  Back then, everytime we talked was a moment of bliss, I was always thinking, "Man, it couldn't get any better than this."  You see, back then I was always in an uncontrollable rage, it was pretty much throughout every age.  It was so much anger, too much for anyone to endure, until I found someone like her, I didn't someone coud be so pure.  She was so beautiful, I was there for her hand and foot, I did whatever wanted, I helped her out always, even if to the max it took.  Everytime we were close, what she did was not the very least, she did what no one else could do, she seperated me from the beast.  She did what no one else could dare to hope to teach me, in her own way, she told me, "Frank, you have a heart deep within thee."  She did not even have to break a sweat trying, but the sad event came, alas when she left...my God...I felt like I was dying.  Time was a harsh mistress in so many ways, I tried talking to her through the phone throughout the days.  She could not talk because of her controlling boyfriend, I thought the girl I knew was coming to an end.  In my mind, while this terrible event was invited, the girl's spell over me dispersed, the animal and I were once again reunited.  I got angrier and angrier it seems like each day, but people could only stop the beast, itself they could not slay.  I missed her sorely, I missed her weepingly, but now that I found her, can I be so openly?  Yes she was brought forth towards me, but the vibes, her "scent"...seem so differently.  Please God...don't let her have changed at all, for I had such strong feelings for her, don't let it be for nothing at all

Poetry Slam:
Why I Write Scholarship (CLOSED)
Guide that inspired this poem:
7 Tips For Writing A Love Poem

This is about a crush I once had on someone

This was for a girl I once cared for