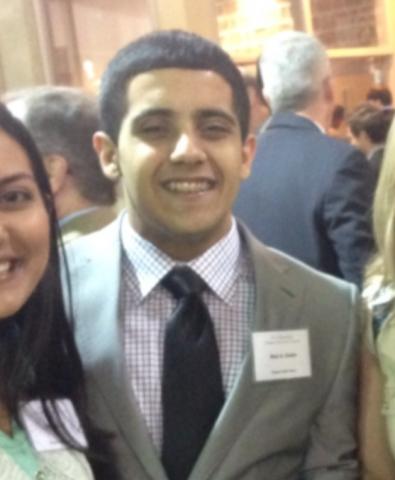 Walking through the halls is young new kid

Oblivious and unaware of the things they did.

In the new experience he knew not what he would find

Grades and being kind were all that were on his mind.

Potent were the cliques with smoking sticks

Evil were the cliques with their scheming and their tricks.

So he did so up through every fall.

Along with the jocks came the remedial slops

part of the cliques with the smoking sticks.

Through watching of the flicks

and the snapping of the picks...

They thought they were cool.

They tried to cajole him

but my values would uphold him

and he would keep my cool.

Had it come from the horns?

He kept his cool and listened to the wise

but their social status said otherwise.

My mind flooded with confusion.

In the peer pressure he almost lost himself.

Was he studying just for the wealth?

Lost in his motives

He learned a lot, his experiences he noted.

Eventually he found those with similar endeavors

and one whose love will last forever.

but through the heart of a lion, the truth will preach.

Though the Iguana has the tendency to conform,

It is by his own will, the shape he will form.