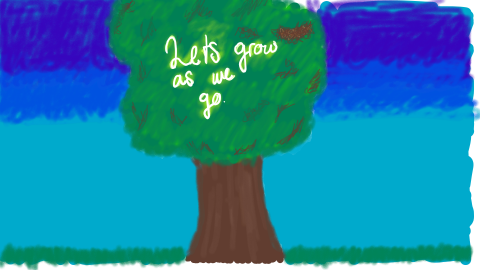 I will be called to give back my instrument that has served me for four years,

I’ve been counting down the days until I’d return,

An instrument that I knew was never mine to keep,

It’s time to pass it on to another student,

Who is eager and unknown,

Not knowing if I am ready,

How silly is it knowing a little piece of metal,

And holes could hold more memories and growth than the rest of my childhood combined,

Every new piece came with oppositions,

Over time I found the only way to perfect it was to take it slow,

And grow as we go,

Graduation was three weeks ago,

in sheet music that wasn’t ours to use,

No one cares how the music comes to be,

As long as it sounds pretty,

I’ve had to learn that pretty is subjective,

The next man’s is Bach,

But the third man may like Elton John and we all know Elton John was nothing less,

I think that growing up means showing people the door instead

of inviting them in for another drink,

Instead of playing another note,

It means closing the score that was never written for you,

While in everyone else’s ear it sounds of a symphony,

I’ve played my parts and held my breathes,

I’ve got so much left to learn,

So many compositions left to break,

Just not with her,

To whoever plays her next,

Know she was never mine or the musicians before me,

And she will never be yours to keep either,

Hold on tight to all the highs and all the lows,

None of us know who we’ll become,

But keep in mind that when it’s done,

We’ll all see that it was better that we grew up together,

With one common bond between us all,

A passion for her,

The love of growth,

Poetry Slam:
Glow-Up, Grow Up Scholarship Slam — CLOSED
This poem is about:
Me
My community
Our world
Guide that inspired this poem:
5 Famous Poems about Family