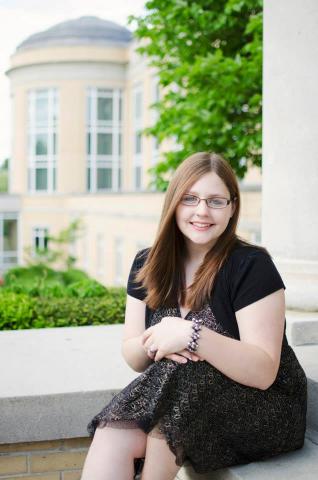 In some ways we were journeymen on another mission
We were all apprentices searching for some new edition
Of our lives.
In some ways we were just chicks being pushed from a nest
We were all testing our wings, hoping to be blessed
In all our hopes and dreams.
In some ways we were warriors,
Sometimes broken people,
And sometimes just plain frustrated with ourselves for screwing up that last test.
But then we realized, that in most ways we’re the same.
We were all family struggling for the same fame
In the spotlight on the stage.
We were all members on the same team, pulling ourselves to victory
But in a way that’s even contradictory.
And yet we realize, that in most ways you are you
And we’re all different hews
on the color wheel of the earth.
In some ways our teachers have started a garden of their own
And we can say we’re all “home-grown”
from the hearts and minds of those willing to care.
We were not just another number on a spreadsheet page
Not just a face, a grade, and an age
We were Patriots.
And we sang our battle cries through every trial
Marching ahead instruments and pride in single file
Among our fears and doubts.
We were willing to play with fire
Willing ourselves to not only just aspire
to some new creation;
But to make a chain reaction to inspire a nation.
Some of us could calculate the risk in that.
Yet others of us would challenge it, wearing our colors proudly in combat.
We were filling our pages with deeper meaning between the lines
And therefore we broke even the smallest confines
Of our own expectations.
And in some ways we’re breaking the repetition of history itself
Bringing some new trophies to our shelves
And realizing it’s not enough.
So what have we become, in this calm before the storm
Maybe we’re some new form
Of Patriot-
Patriots ready to start the new revolution.