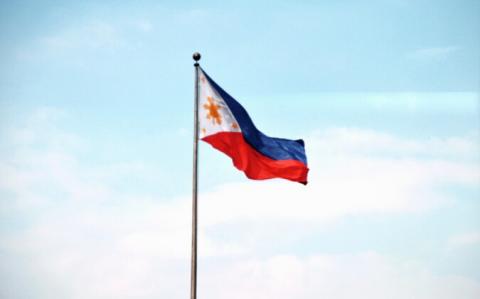 "GFV" As he landed on this rich land that is covered with dirt,the old man said 'shit' when it literally means to shoot.I was asked to jump out of the building because I misheard it,I asked "from which floor?'Maybe just alittle brain will do, they say.I'll let the queen have my heart coz I know she doesn't have one.Oh and my soul?My spare is inside my pocket where my badge was attached.I'll do everything at full speed as what my master commanded;to bury them with their truths under my law,mandated by the one sitting on the throne.It is written in his fist,emblanzoned in his mouth.I'll follow orders from you just make sure that our share is sixty forty.I swear to whoever god that is listening,that I will be your puppy... I mean your servant,just to keep my position in the hierarchy.My name has its own power but my soul is already being auctioned in hell,where yours is already displayed.Even If I cover myself with flag large enough to patch the loop holes in my dignity,spirits of those who stray bullets chased still haunts me in my sleep.We're on a war but the battle inside me keeps me frustrated and leaves me empty.Sending my apologies to my old man who always told me to serve my country well,the one who speaks 'thou shall not kill'while cleaning his magnum revolver.I never thought that the next part would be 'thous shall not kill without orders from the one who secretly sells the country.Thou shall not kill...If being shot from behind makes you a hero then I'd rather be the gunmen who rolled upwardjust to make sure that the target will fall down planking on the grond.Because I know that if someone shoot me,they would be the hero and not me,and people would die to see me dead.I became blinded by the law and false judiciary.Shame over pride,but for me,as long as he's sitting on his throne,blood will continue to spill,spread all over our home.Forgive me.This is just the calling of the law,to bring back our glory and peace.After all, I am just another General Fabian Ver.

Poetry Slam:
Slam for Civil Rights
This poem is about:
My community
My country
Guide that inspired this poem:
Slam on something that makes you angry.
Poetry Terms Demonstrated:
Metaphor