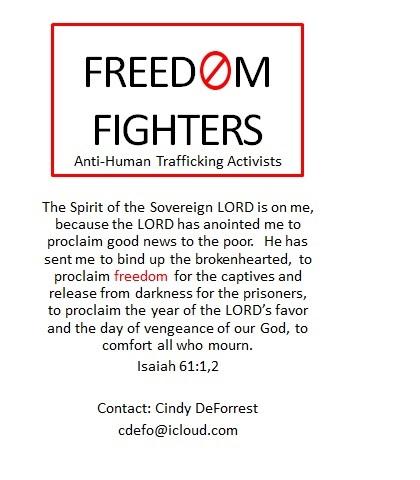 It was brought to me a year ago,

I had heard it before;

but now it was freshly in my mind.

Girls were being kidnapped.

Girls were being forced,

to do the unimaginable.

To have sex with strangers, multiple times day for a profit.

Many think it's no where near them.

But it's in their state, in their city.

It's time to take a stand, and that's what I did.

My friend started a group, "The Freedom Fighters"

that are anti-human trafficking.

In this 21st century, we want to see it stopped.

So we will meet,

we will raise awareness.

In hopes to help resuce these girls.

Poetry Slam:
My Year in Poetry Scholarship Slam - CLOSED
This poem is about:
My community
My country
Our world