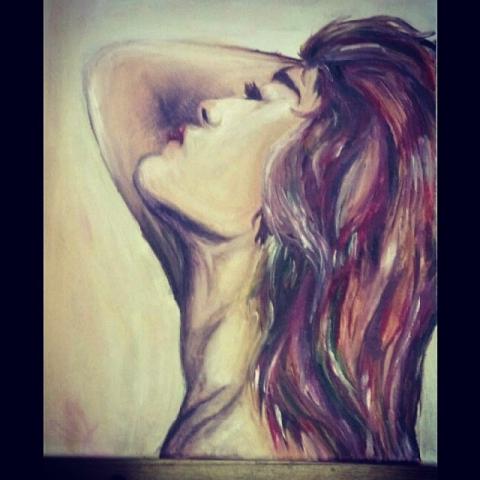 When I was 13, a boy told me this is how you kiss, that gifts show affection, and that this is love.

I started laying bricks down.

At 14 the second boy I kissed called me a slut. He taught me that boys play games but only because they care.

I had a walls around my heart with a nice door and several windows.

At 16 a boy told me that we had to be perfect, and that everyone is always watching or talking about us. That we must be perfect. Always be perfect.

I built a roof, and covered up the windows.

At 17 a boy told me I was stupid, that had no relevancy to society. He told me all that I am is my body. That I needed to shut my mouth.

I reinforced my walls.

At 18 I messed up. A boy cared about me but I was hollow of all happiness by then, so he'll always be a good friend.

I hid inside my fortress.

At 19 I fell in-love with a boy who was never mine. A boy told me I was pretty, and that he had been used too, so we used each other for a while.

I locked the door, threw away the key, and stayed safe inside.

I opened up a window and hid a key under the doormat.

I'm 21 now, and he's 23. We live in a tiny apartment. We work early mornings and late hours. He's hasn't left me, and I won't leave him. There no more walls and our story has just begun.

He resides where the rubble of my fortress once stood.

Poetry Slam:
You, Me, and Poetry Scholarship Slam - CLOSED
This poem is about:
Me
Guide that inspired this poem:
Write about the person who has had the biggest impact on your life.
Poetry Terms Demonstrated:
Metaphor