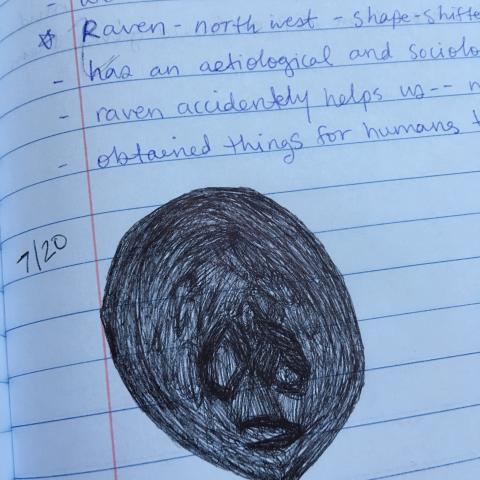 Where would an emotionalist and a sentimentalist turn to if not to poetry?

How would a kick here and a punch there heal if not for poetry?

After one too many letdowns and a few high hopes dashed, I sat down and wrote during fifth period, in literature class.

My teacher’s voice rang on and on in the background as I wrote down some feelings instead of notes on the trickster characters of mythology.

It had been a long day, but everything tuned out when a sentence turned into a fourteen line lyric

And then there they were -- my feelings on a piece of paper instead of in my chest, where it agonized and anguished about.

I could see it clearly now. It wasn’t going to go away, but how strange-- this misery inside me has calmed a bit

Like a wave has passed and only there remains the thrashing girl that almost drowned.

Poetry, if not for her, lives on and grows. She, if not for poetry, would still be sitting in that literature class scrawling notes to no end along with that despair inside her.