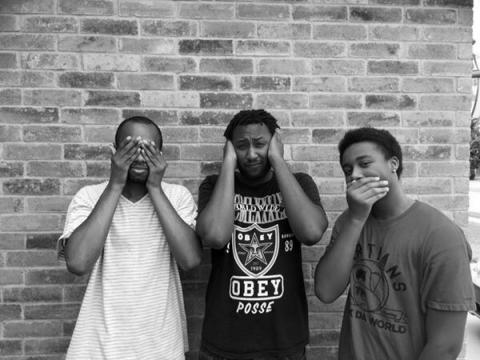 When mom and dad were young, she had a fit

So my dad made like a banana and split

As an infant, my mom gave me his outfit

18 years later I've out grown it

the games of my childhood

where the object of the game is to get money

Until I end up in the jail of the county

Or dead by the hands of those dudes who glock ready

I could have been a surgeon

but I couldn't pay my tuiton

and I want to keep believing

but it feels like I'm loosing touch with my religion

The only thing that makes me the destruction of madness

The creator of happiness and sadness

because I want everybody

Including my haters to love me

Poetry Slam:
I Am... Scholarship Slam - CLOSED
This poem is about:
Me
Guide that inspired this poem:
5 Poems About School
Poetry Terms Demonstrated:
Alliteration

This poem reflects my struggle of trying to pursue a college education in a world where the easiest thing to do is to give in to the temptations around us.