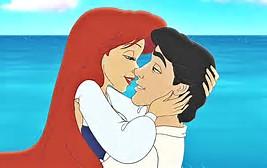 There he sat, gazing out the window at the ocean which extended far beyond what his eyes could see. A prince in his beach front castle, wanting nothing more than to spend his days tasting the ocean’s salt and feeling weightless while drifting back and forth on the waves. Instead everyday he rose early to stare are the blue expanse that he had no place in. His place was not “dilly-dallying in the water living  fancy free ” as his father, the King had reminded him so many times before. As affirmed by his father, the prince’s place was next to the King, learning the ways of diplomacy and leadership. You see that is the very reason the prince loved the ocean. It was so powerful at times it could pull him under, where silence and peace, weightlessness and comfort were the norm. He had gotten stung by a jellyfish once, as he waded near the shore. He remembers sitting there, in excruciating pain, smiling down at the culprit. Something had dared to best the future king. It was then that he realized, there was a place where he could go, where it did not matter that he was a prince. A place where no one expected anything of him. This place was at sea. There was so much to see and feel in the ocean. In the water, the prince did not have to adhere to manners or ways of the court, he simply had to BE. The day the prince met her, he knew he loved her. He knew had to do anything and everything in  his power to assure her happiness and safety. That is why when he learned what she was and where she came from, he did not ask for what he had wanted his entire life, he simply took on her greatest dream, which replaced his own. A mermaid. The prince had not even imagined such creatures existed. Here she was, kind eyes, red hair, blue….tail?! She had a tail! The prince was as much in love with her as he was fascinated. His mermaid lover, wanted to walk for the rest of her life, and he wanted to swim. He saw to it that she got her greatest wish. She never wanted to set foot in the ocean again, and for her, he didn’t… She never knew how he felt, the sacrifice he had made, and he would never tell her. The prince would tell himself “Her eyes are as blue as the sea, if I ever miss it, I will just stare deeply into them and drift.” She was the embodiment of where he knew he had always belonged. Still everyday he sat , gazing out the window at the ocean which was so close, yet it extended far beyond his reach.