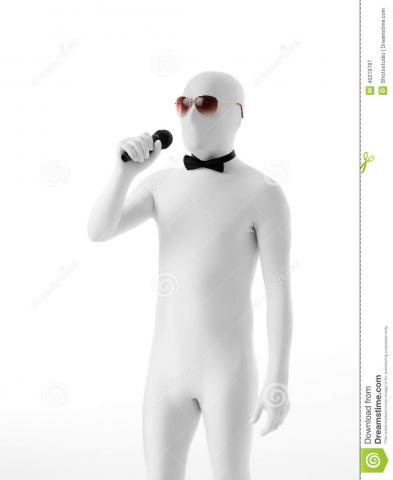 There will be no proper introduction to who I am. Because I won't be telling my name. Because my name isn't important. It's not important because it does not define me. A name is a name.

Names do have meanings with the purpose to bestow the characteristics on the person it is placed upon. But see, most parents are choosing names based on what they like & want, and not the affect it'll have on their child. Then there are some parents who choose a name for that purpose. The main goal to name a child is the hope that they'll take on the meaning of their name.

So please understand that no matter what name was given to me it doesn't define me. But I'm more than my name and I don't want you to judge me based on my name.

My race is something that I will not reveal. To reveal that piece is only the shell of me which is the piece of me. It isn't me. It's just a piece of me.

People judge your race first, then your heart second. People think they can predict 90% of one's mentality based off race. One should look at another's race and see that you may gain something new to your own life. You may start sharing the story of Persephone, or sing the songs of Ella Fitzgerald, or proudly dance the Cumbia, or enjoy the taste of Bhel Puri, or model the wampum down the street.

Instead most see race and think the worse or best or both of that person. That guy over there will scam you out of your money. Don't talk to her cause she's rude. I bet that guy's been to jail. I think she fed us dog. She's probably very helpful. He goes to church, I believe. She's definitely bilingual. Maybe he'll be able to help with our math homework.

Some pray that the good will come out. Others pray for the negative not to be true. Others just put up their guard and wait...and wait...and wait. Just waiting for the rumors and myths to come true. They don't even realize that they seek the evil so much that they often find it. No matter what my race is, it is my heart that matters the most.

Ha! Religion is just a messy topic. Let's remember it's man made. Tampered with for centuries.

What is the point of religion? To instill proper morals and spread wisdom throughout the lands? Or is it to create power enough to control many lands far and near? We can all agree that religion possess some good life lessons of guidance and traditions for mankind. We also can't ignore the harm and division that was caused by people in the name of religion.

Religion is suppose to provide every explanation of life. Despite the mysteries beyond its explanation. I have my beliefs, but they're mine and what makes up a piece of who I am. It's not exactly all or most of me. It doesn't run my life.

Gender is just my physical makeup. It does the job it's assigned to do. It can do things that the opposite sex of mines doesn't. But I still don't want the opposite sex to underestimate me. My gender doesn't limit me. It provides me a different way to accomplish a lot of what you can.

Men possess more muscle mass. Women have the ability to give birth. But my gender is just that. My gender that is doing it's assigned job. Physically. Now depending on the culture, there are stereotypes of what a man and woman is suppose to do. Men fight in battles. Women are homemakers. But I can fight in battle and I'm resourceful at home. A partner is a nice addition. So stop underestimating my abilities.

Do you really need to know my sexual orientation? Why? To feel safe? To feel secure? To feel aware and politically correct when dealing with me? Just treat me like a person.

Does my sexual orientation offend you or is it accepted? Just so you're aware, there are a lot people out there that you can't tell by looking whether or not they're gay or straight. You can't with me. Some people blurr the lines of the definitions of what gay or straight is. Some are confused. Some are scared. I'm not.

Just remember, that abuse can happen to anyone as well as true love. Both a curse and a blessing. Curses and blessings are meant to be experienced by everyone. So I guess my sexual orientation doesn't really matter.

If all of this is only a piece of me, then who or what am I? I don't know everything, but I know enough for now. I know I am more than my name, my race, my religion, my gender, and my sexual orientation.

I know you want me to answer the question "Who am I?" The answer is...I don't know who I am. I know what I am, but not who I am. Because I am still searching for something that no one else can find on my behalf. My very own identity. That chunk of the pie that is me that fits in this huge world. So, because of that I cannot answer you. Cause I'm still searching for the answer. So for now, just call me Faceless.

'I am... Scholarship Slam