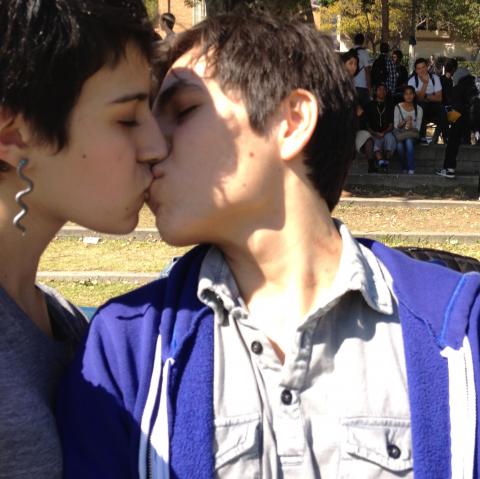 I’m caught in a whirlwind of fire,

The fire is what terrifies as well as soothes me

This whirlwind is a creation of my love, hate, and desire

Origin, the sweetest of roses,

Pulling me was a dot of glimmering dew and a fragrance of purity.

Yet the encounter was predestined for I on the other hand held explosives.

What fate held for us in the future was obscenity

As time did what it does best little spits of ember soared to the rose,
The rose so delicate and fragile began to change,
She had fought valiantly to maintain her facade 'til she became helpless to her foe
Then the roses' being began to rearrange

Thorns had pierced her stem from the inside out,
They grew and grew as an effortless defense to the waves of combustion,
She could scream and she could shout,
These efforts proved to have no function

The rose had passed,
The rose was a thing of history,
What she once was had been burned down to a speckle of ash….
But in fact there was an ember that was accompanied by a gust of fury

The ember expanded into a flame,
The flame sealed who I had been in an entrapment of shame and fear,
Who would laugh last seemed to become the game,
The initial persona of the flame was no where near

Yet I still had explosives and a senseless urgency to use them,
But when I had, neither the flame nor I had shelter,
Who we were, and who we used to be tore by the hem,
In the end we were both exhausted, without enough energy to lift a feather

Time of pointless bickers had began to change my character,
I have risen a new person,
One I believe to be better,
And now I proceed to have a clearer vision

The flame dwindled exhaustedly,
No longer fueled by a tyrannous gust a new battle had begun,
The foe were the remnants of her floral beauty she had lost so shamelessly,
But she had decided this new opposition, hailed no weapon

The essence of the flame gathered her former pieces of her glory,
And to put them back together and reclaiming herself was now her goal,
This flower had such strength that this was not a thing of worry,
For now, just as before she was not a piece but a whole

Though explosion after explosion had pushed us apart,
We had drawn each other back by an untouchable force,
Now left was the empty canvas of our future for us to create our art,
It is now us, for we, not destiny hold our course