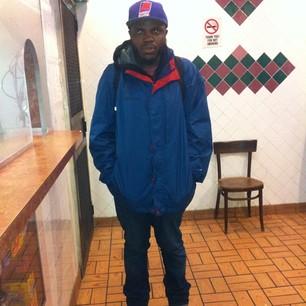 When I speak pay attention to the words that are spoken/

Because I'm a spokesmen for guys who pockets are broken/

Bet when I'm done you'll get to quoting/

What would you do after you just got the news that yet another friend passed away?/

Some people don't know much, but they know how to get paid/

This the, land of the free but some people still living like slaves/

You never knew how it felt to continuously envision death/

For a few hours that'll take the pain away/

Smoke a Black & Mild outside on a rainy day/

I write poetry with the spirit of Marcus Garvey/

In Killadelphia the home of fatherless daughters/

Attack with the mind of a martyr/

I'm in college but struggling broke/

Philly the land of Blunt ashes and Dutch guts, and mindless youngbucks, who think a gun makes them tough until they in the jail cell getting butt fucked/

Pen in my hand powerful like Bruce Lee with nunchucks/

This is very insightful, well thought out, and beautifully written. Keep it up. :)

Thanks for showing love! I really appreciate that!

77 reads for this poem