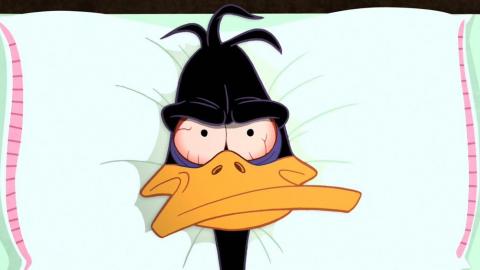 I seem to have this predilection for abandoning anything that is not perfect.

To enumerate: my parents, my work ethic, my now ex-girlfriend, my writings, and, therefore, myself.

I constantly sit in a maze of mirrors, contemplating the justification behind my ability to quickly convalesce after experiencing trials and tribulations. Dancing through my head, thoughts of admiring adults praising my maturation and my favorite cartoon character, Daffy Duck, stoically restoring his bill to its original position after-

...but if a phoenix rises from its ashes is it not simply more than the decay of its previous self? What is its purpose?

Better yet what is ‘purpose’? Does a tree envy a rocking chair like a gun does it’s target?

In preach hope is a purpose, but hope doesn’t sink its claws into your throat or carve its initials into your wrists. Hope is like a palace built upon sand; all is well until it rains.

The truth is it is damn near impossible to uncover virtue and righteousness in a maze of mirrors.

This intrinsic ideology that restarting is far more elementary than reevaluation, that flawless precision is required in the formulation of anything that plans to properly function, returns my gaze with a phlegmatic expression.

Working tirelessly I have fortified a Fifth Column of animosity and antipathy for anything shy of exemplary in order to support the very facade of arrogance that I wear like a mask to deceive no one other than... myself.

Time and time again I have found the repercussions of a contention of such lie in the degradation of my previous self to a sliver of an identity that was once a fraction of my own construct due to a mirrors’ compulsive obsession with closing the distance between a shadow and it's master.

At the pinnacle of my privacy I learned to obey this desolation; painting a picture of unparalleled perfection upon a pale canvas of impurities with a propensity for implosion.

In this maze of mirrors I find a man assaulted by the very brilliance that he boasts.

Following the realization that the frailty of genius lies in the requirement of an adequate audience to adorn, an angel with devil horns perches upon my shoulder; it's tongue tickling my ear with permission to embody a martyr for mediocrity.

“Should I give mediocrity a shot?” I fathom as if I wasn’t already unloading a prosaic clip into my chest.

“You are the master of your fate; you are the king of yourself”, curls a hollow whisper off neither of our lips.

Upon a throne of solitude I am being told that as long as I love myself I will never be alone by nobody other than… myself.

What’s a crown worth if it’s only subjects are a pantomime of self-assurance? A marionette of subjective success?

Behind moats of mortification a war rages between my toe and my mouth. Regicide providing the only resolution, one dances upon a trigger and the other cradles cold steel.

Pride stricken parents and teachers have escaped the court of my mind and Daffy Duck joins me in despondency. As a child I laughed at him, but now we sit together choking on barrels loaded with dwindling inspiration and lackluster confidence, waiting for our bills to whirl around and join Desperation and Despair in the conversation behind our backs.

I seem to have this predilection for abandoning anything that’s not perfect...

but I am committed to this agony; a quintessential misery.

An empty skull and a red wall

Poetry Slam:
Life in a Letter Scholarship Slam — CLOSED
This poem is about:
Me
Poetry Terms Demonstrated:
Alliteration