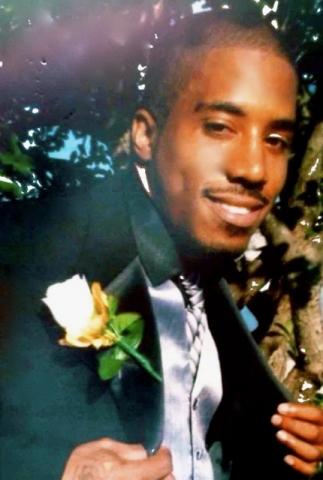 Hey Mom , Be right back

I'm going to the park to take a nap;

Those were the last words I told my mom;

I would've said more if I knew my life were going to disappear like a bomb;

In the 31 years I've been alive I've never met my dad;

But I have paranoid schizophrenia so not meeting him wasn't so sad.

I walked to the park and sat down;

I looked around and walkers gave me a frown;

Because we're black, always be aware

I remember the kids in Junior High;

They made fun of me. Said I should commit suicide;

Remembering them made my emotions flair;

And at that moment, people started to stare;

I laid down my head and went to sleep.

Silently, I started to weep;

While I was asleep I sensed a breach of peace;

Little did I know, it was the police.

They tapped and shoved, but I wasn’t awake;

Finally they said “For Goodness Sake”!

For that, soon I may be laying on the ground, deceased.

When I woke up, by police with a weapon.

I knew I was going to be treated like a felon;

But these men were evil, I could tell.

They said I’m doing nothing illegal

Officer Manney patted me down and we engaged in a struggle.

People looked and started to chuckle.

I better go, I don't want to start trouble.

I started to go, but I was detained by force.

He brought out his baton to beat with no remorse

I took it and tried to use self-defense;

I swung it at his body after a moment of suspense.

He caught it and took it back;

He swung it and hit me. Whack!

Bruises to my chin, scalp, neck, and arm

That baton broke me. Then he brought out his firearm.

I'm bleeding on the ground;

I can't breathe or speak. I can only look around;

I realize this is the end. On the ground I pound;

Lord take away this pain! Why me, I cry!

I die with only one question. Why?

I told my mom I'll be right back;

What will she say when I never come back?

Then retreats and leaves carefree;

My body died, but my spirit lives on;

I hereby pass onto you the baton.

I did fall, but we will rise.

If you need salvation, look unto the skies;

Police brutality must be excised;

And the lack of mental treatment must be criticized.

Dr. King had a view from the mountaintop.

Until we get to the Promised Land, we must never stop!!